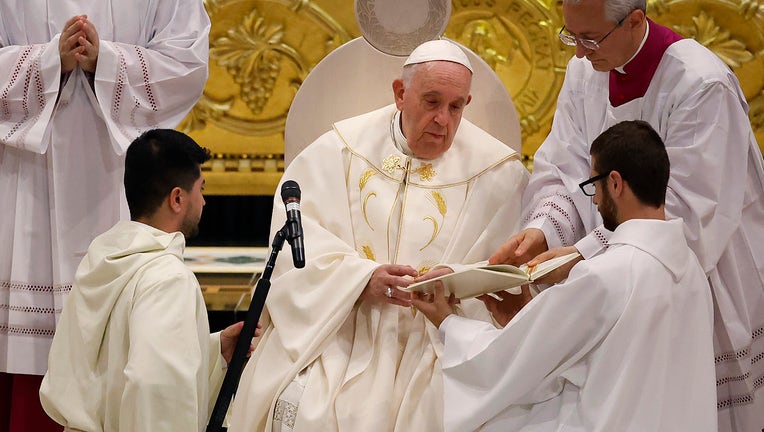 Pope Francis acknowledged Saturday that he can no longer travel like he used to because of his strained knee ligaments, saying his weeklong Canadian pilgrimage was "a bit of a test" that showed he needs to slow down and one day possibly retire.

Speaking to reporters while traveling home from northern Nunavut, the 85-year-old Francis stressed that he hadn’t thought about resigning but said "the door is open" and there was nothing wrong with a pope stepping down.

"It’s not strange. It’s not a catastrophe. You can change the pope," he said while sitting in an airplane wheelchair during a 45-minute news conference.

Francis said that while he hadn't considered resigning until now, he realizes he has to at least slow down.

"I think at my age and with these limitations, I have to save (my energy) to be able to serve the church, or on the contrary, think about the possibility of stepping aside," he said. 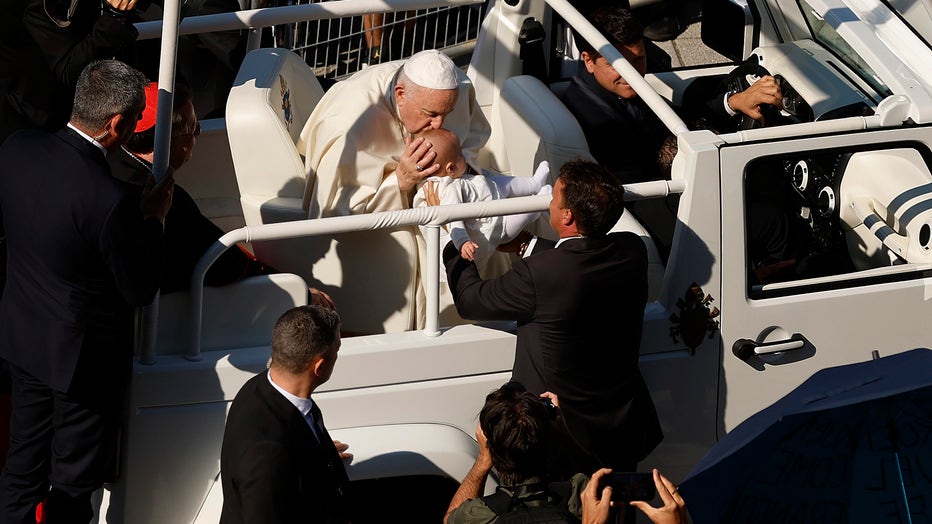 Francis was peppered with questions about the future of his pontificate following the first trip in which he used a wheelchair, walker and cane to get around, sharply limiting his program and ability to mingle with crowds.

He strained his right knee ligaments earlier this year, and continuing laser and magnetic therapy forced him to cancel a trip to Africa that was scheduled for the first week of July.

The Canada trip was difficult, and featured several moments when Francis was clearly in pain as he maneuvered getting up and down from chairs.

At the end of his six-day tour, he appeared in good spirits and energetic, despite a long day traveling to the edge of the Arctic on Friday to again apologize to Indigenous peoples for the injustices they suffered in Canada’s church-run residential schools.

Francis ruled out having surgery on his knee, saying it would not necessarily help and noting "there are still traces" from the effects of having undergone more than six hours of anesthesia in July 2021 to remove 33 centimeters (13 inches) of his large intestine.

"I’ll try to continue to do the trips and be close to people because I think it’s a way of servicing, being close. But more than this, I can’t say," he said Saturday. 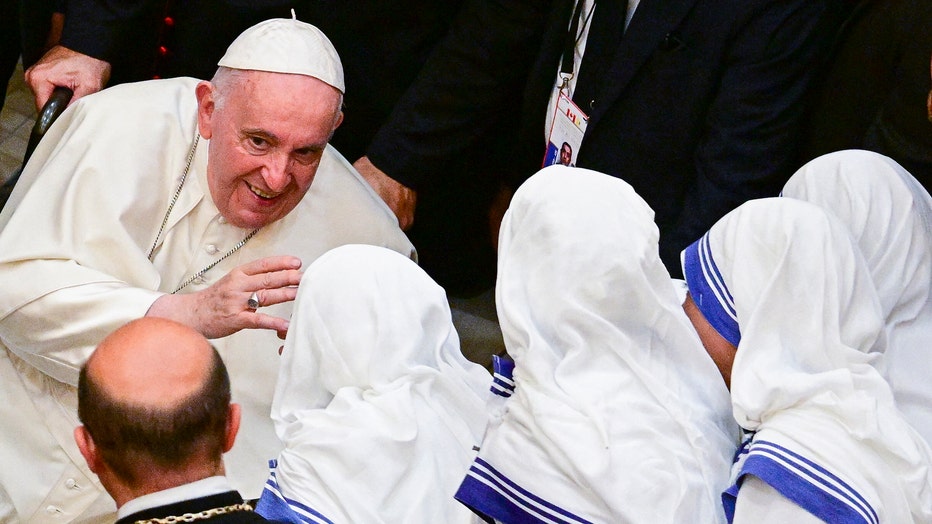 Pope Francis stops to speak with a group of Nuns as he arrives to preside over an evening prayer service at the Basilique-cathedral Notre-Dame in Quebec, Canada, on July 28, 2022. (Photo by VINCENZO PINTO/AFP via Getty Images)

In other comments aboard the papal plane, Francis:

— Agreed that the attempt to eliminate Indigenous culture in Canada through a church-run residential school system amounted to a cultural "genocide." Francis said he didn't use the term during his Canada trip because it didn't come to mind. Canada’s Truth and Reconciliation Commission determined in 2015 that the forced removal of Indigenous children from their homes and placement in church-run residential schools to assimilate them into Christian, Canadian constituted a "cultural genocide."

"It’s true I didn’t use the word because it didn’t come to mind, but I described genocide, no?" Francis said. "I apologized, I asked forgiveness for this work, which was genocide."

RELATED: Number of Americans who believe in God drops to historic low: Poll

— Suggested he was not opposed to a development of Catholic doctrine on the use of contraception. Church teaching prohibits artificial contraception. Francis noted that a Vatican think tank recently published the acts of a congress where a modification to the church’s absolute "no" was discussed. He stressed that doctrine can develop over time and that it was the job of theologians to pursue such developments, with the pope ultimately deciding. 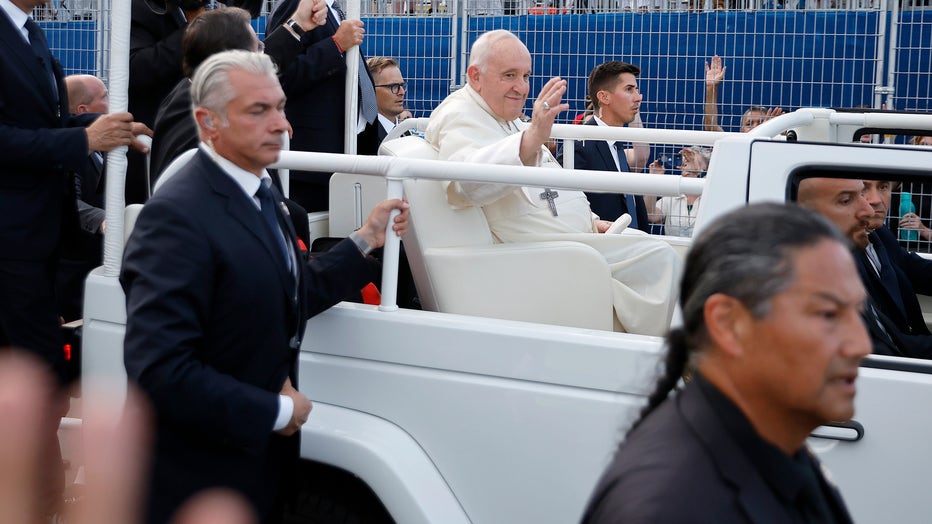 Surrounded by security, Pope Francis rides in the "Popemobile" as he tours the Plains of Abraham on July 27, 2022 in Quebec, Canada.(Photo by Chip Somodevilla/Getty Images)

— Confirmed he hoped to travel to Kazakhstan in mid-September for an interfaith conference where he might meet with Russian Orthodox Patriarch Kirill, who has justified the war in Ukraine. Francis also said he wants to go to Kyiv, Ukraine's capital, though no trip has yet been confirmed. He said he hoped to reschedule the trip to South Sudan he canceled because of his knee problems. He said the Congo leg of that trip would probably have to be put off until next year because of the rainy season.