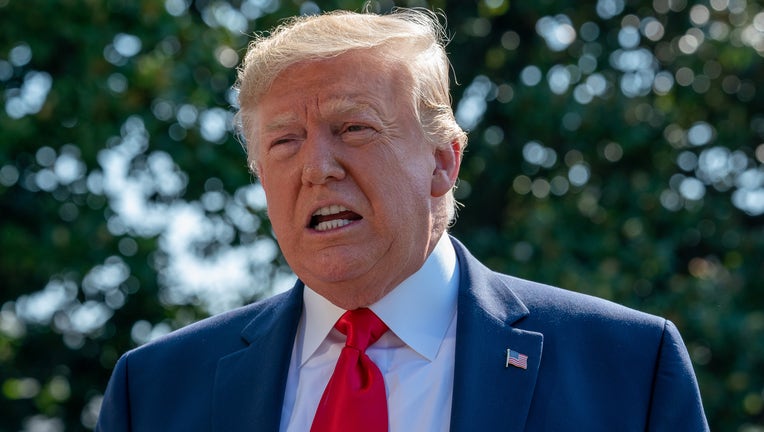 PHILADELPHIA - President Trump responded to the shooting that injured six Philadelphia officers as they attempted to serve a narcotics warrant Wednesday afternoon.

President Donald Trump and Attorney General William Barr were briefed on the shooting as it unfolded Wednesday and the president took to Twitter and pointed out the alleged gunman’s criminal record Thursday morning.

“The Philadelphia shooter should never have been allowed to be on the streets. He had a long and very dangerous criminal record. Looked like he was having a good time after his capture, and after wounding so many police. Long sentence - must get much tougher on street crime!”

FOX 29 has learned Hill has an extensive criminal history including at least a dozen arrests since he was turned 18. Hill has been in and out of prison since 2002 after being convicted on charges including illegal possession of guns and aggravated assault.

Philadelphia Police Commissioner Richard Ross says he and Hill discussed his records as they negotiated his surrender Wednesday.

“Many of you have found out about his history. It’s very significant. In fact, he told me on the phone, he used the word ‘extensive,’ he had an extensive criminal history and that he knew the system,” Ross said Thursday morning.

Maurice Hill: What we know about suspect in North Philadelphia shooting

The man accused of shooting six police officers in North Philadelphia has been identified as 34-year-old Maurice Hill.

Most recently, Hill was convicted of perjury in 2013 and was sentenced to seven months’ probation.

Furthermore, records also show dozens of serious charges over the years that were withdrawn in court.

In the wake of the shooting, after meeting with the injured officers, Philadelphia Mayor Kim Kenney made a plea for gun control.

Philadelphia Police Commissioner Richard Ross says it was “nothing short of a miracle” that no one was killed after six police officers were shot in North Philadelphia Wednesday.

Kenney said he was thankful that officers' injuries weren't life-threatening.

He added, "I told you earlier, the two little boys if the officer had his head grazed just a little bit more, the two little boys would grow up without their dad because this government at the federal and state level don't want to do anything about keeping these guns off the streets and out of the hands of criminals."