A bright meteor streaked through the night sky above Norway in the early hours of July 25.

LARVIK, Norway - A bright meteor streaked across the night sky above Norway in the early hours of July 25, according to local reports.

Deep Sky Exploration — a local astronomy group in Vestfold — monitors the skies for large meteors and caught one on Sunday.

RELATED: Perseids meteor shower to dazzle in July, August — here’s how to watch

In the video, the meteor appears in the sky like a bright star, but soon expands into a flaming ball of light as it burns through the atmosphere. The meteor lights up the entire night sky with a magnificent show before fizzling out and landing somewhere on Norwegian ground.

The Norwegian Meteor Network reported the phenomenon above eastern Norway at around 1:00 a.m. local time.

Deep Sky Exploration said in a Facebook post it would take time to determine the exact location of where the meteor landed due to "bright summer nights" and "few visible stars."

According to local media, the meteor’s powerful flash was seen across eastern Norway.

On the same night, a meteor was seen crossing the sky in North Texas.

The American Meteor Society said it received reports of people seeing the meteor in five states. It was spotted as far south as the San Antonio area. 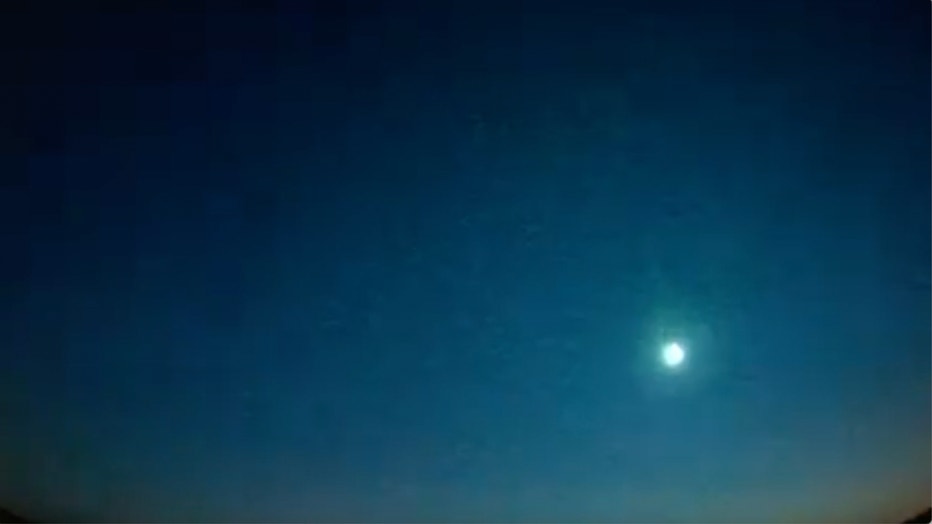 A meteor streaked across the Norway sky in the early hours of July 25. (Deep Sky Exploration via Storyful)

Videos of the meteor were shared on social media and some viewers reported hearing a sonic boom.

From now until August 24, the Perseids meteor shower will appear in the American night sky almost every night, peaking on August 11, 12 and 13.

Up to 100 meteors will pierce Earth’s atmosphere every hour, traveling at speeds of up to 37 miles per second in what NASA considers "the best meteor shower of the year."

No special equipment is needed to view the meteor shower, just your eyes. For optimal viewing, NASA suggests viewers allow their eyes to adjust to the night sky and begin gazing around 9:00 p.m. local time.

This story was reported from Boston.