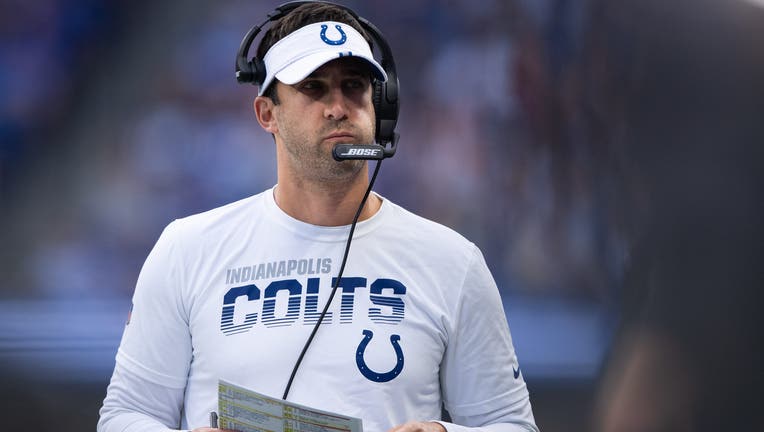 The Philadelphia Eagles are nearing a deal to hire Sirianni to be their head coach, according to two people familiar with the decision. Both people spoke to The Associated Press on condition of anonymity Thursday because the team hasn’t officially announced the hiring.

The 39-year-old Sirianni previously served as an assistant coach with the Chiefs and Chargers.

The Eagles fired Doug Pederson following a 4-11-1 season, less than three years after he led the team to the franchise’s only Super Bowl title.

Sirianni worked with Andrew Luck, Jacoby Brissett and Philip Rivers in Indianapolis and coached Rivers in San Diego and Matt Cassel in Kansas City. Now he’s tasked with figuring out how to get Carson Wentz back to his 2017 form. Wentz finished third in NFL MVP voting that season and helped the Eagles earn the No. 1 seed in the NFC. He tore two knee ligaments in Week 14 and watched Nick Foles lead the team to victory over New England and earn Super Bowl MVP honors.

Wentz is coming off the worst season of his five-year career and was benched for rookie Jalen Hurts for the final four games in 2020. Wentz’s $128 million, four-year contract kicks in this year, making it difficult for the Eagles to trade him. Sirianni’s top priority has be to solving the quarterback dilemma.

Sirianni began his NFL coaching career as offensive quality control coach in Kansas City in 2009. He also served as an assistant quarterbacks coach and wide receivers coach during four seasons with the Chiefs.

Sirianni held the same positions during five seasons with the Chargers from 2013-17. He joined the Colts when Reich left Philadelphia to take over as head coach in 2018. The Colts finished top 10 in points and yards in two of Sirianni’s three seasons as offensive coordinator. They were top 10 in rushing offense the other season.

The Eagles were one of seven teams looking for a head coach during this hiring cycle and so far only the New York Jets did not pick a white man. The Jets hired Robert Saleh, the son of Lebanese parents.

Houston still has an opening for a head coach. The NFL has just four minority coaches: Pittsburgh’s Mike Tomlin, Washington’s Ron Rivera, Miami’s Brian Flores and Saleh, who is the first Muslim coach in the league.

"Biggest thing is there’s only 32 jobs and they’re going to hire personal preference," said Buccaneers defensive coordinator Todd Bowles, who interviewed with Philadelphia. "It’s really an offensive league right now the way things are going. ... There’s a lot of qualified guys that deserve chances to be head coaches that are African American."