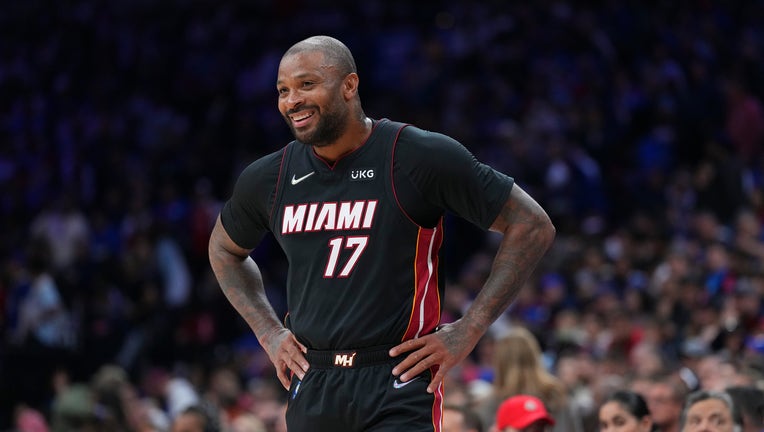 PHILADELPHIA, PA - MAY 08: P.J. Tucker #17 of the Miami Heat reacts against the Philadelphia 76ers during Game Four of the 2022 NBA Playoffs Eastern Conference Semifinals at the Wells Fargo Center on May 8, 2022 in Philadelphia, Pennsylvania. The 76e

PHILADELPHIA - The Philadelphia 76ers will sign veteran forward PJ Tucker to a multi-year contract, according to Shams Charania of The Athletic.

Tucker, 37, last played with the Miami Heat who were bounced in the Eastern Conference Semi-Finals by the Boston Celtics.

Tuckers deal with the Sixers will pay him a guaranteed $33.2M, according to Charania.

The Sixers newfound salary cap room comes after All-Star point guard James Harden declined his player option to return on a restructured deal, according to reports.

Tucker was drafted from the University of Texas in 2007 and played several years overseas before returning to the NBA in 2012 with the Phoenix Suns.

Charania also reports the Sixers have inked forward Danuel House on a 2-year deal. House, 29, was most recently with the Utah Jazz.