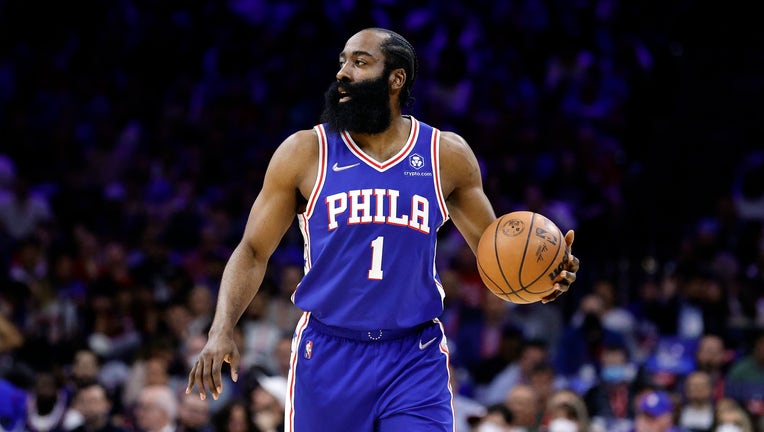 PHILADELPHIA, PENNSYLVANIA - MAY 12: James Harden #1 of the Philadelphia 76ers in Game Six of the 2022 NBA Playoffs Eastern Conference Semifinals at Wells Fargo Center on May 12, 2022 in Philadelphia, Pennsylvania. NOTE TO USER: User expressly acknow

PHILADELPHIA - James Harden is taking less with hopes the Philadelphia 76ers can do more.

A person familiar with the situation said Harden chose not to exercise his $47.4 million option for next season and will become a free agent — but with no designs on leaving Philadelphia. Harden made the decision to allow the 76ers the flexibility they need to sign other players this summer, said the person who spoke to The Associated Press on condition of anonymity because neither side confirmed those plans publicly.

That will be a major factor when the NBA opens the free agency negotiating window at 6 p.m. Eastern on Thursday, with Philadelphia among the teams that will be expected to target Miami forward P.J. Tucker, among others.

The most likely scenario for Harden now is this: The 10-time All-Star signs a new deal with Philadelphia, for something close to that $47.4 million number, after the team has addressed other needs and improved its chances of becoming a true championship contender in 2023. If Harden had opted in before his Wednesday afternoon deadline, Philadelphia would have had a much more difficult time in finding financial pathways toward luring free agents.

His decision Wednesday backed up what Harden said May 12, when Philadelphia’s season ended in the second round of the playoffs — a six-game loss to top-seeded Miami.

"I’ll be here," Harden said that night when asked about his future. "Yeah, I’ll be here. Whatever makes this team, whatever allows this team to continue to grow and get better and do the things necessary to win and compete at the highest level."

Harden is a three-time scoring champion and averaged 22.0 points and 10.3 assists during his time with Brooklyn and Philadelphia last season. The seven-time All-NBA player was the 2018 NBA MVP anda member of the league’s 75th anniversary team.