PHILADELPHIA - The president of the Philadelphia National Association for the Advancement of Colored People is under fire after he was accused of sharing an anti-Semitic meme on Facebook.

The image, which features and offensive caricature of a Jewish man, was shared by Philadelphia NAACP Rodney Muhammad last week.

(WARNING: Images in the video above may be offensive) 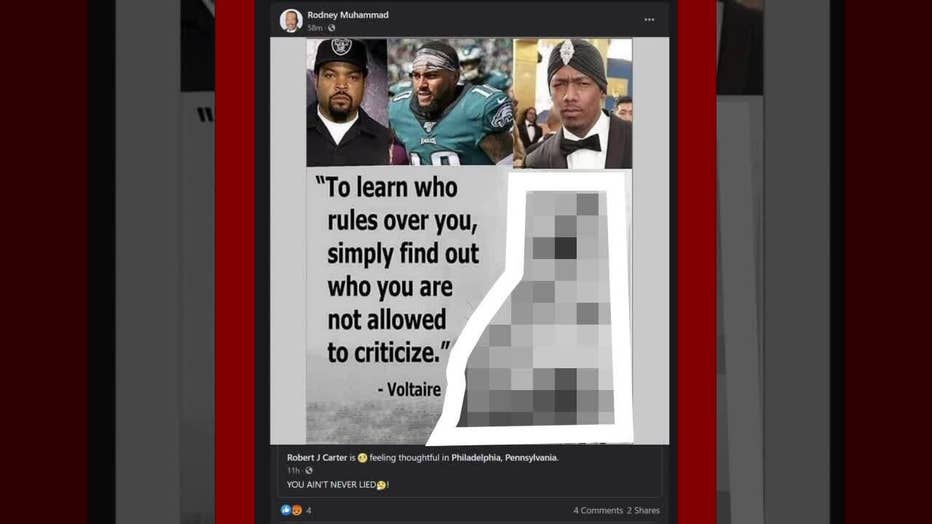 The Anti-Defamation League has characterized the image as a hate symbol and says it mistakenly attributed a quote to Voltaire when it actually came from a neo-nazi.

The quote reads, "To learn who rules over you, simply find out who you are not allowed to criticize."

The image also features pictures of Ice Cube, DeSean Jackson, and Nick Cannon, who have all come under fire in recent weeks for anti-Semitic comments.

Shapiro released a statement reading,  "As soon I learned about Rodney Muhammad’s post I reached out to him directly to understand what happened and ask for a sincere apology. His response to me was offensive and we are all still waiting for that apology."

He added, "He has undermined the progress we need to make together to combat anti-semitism and structural racism that has been baked into our society through generations. That is just one reason why I join so many Black leaders in calling on Rodney Muhammad to resign as President of the Philadelphia NAACP.  The NAACP is a crucial civil rights organization that deserves better than Rodney Muhammad."

The image, which features and offensive caricature of a Jewish man,&nbsp;was reportedly shared by Philadelphia NAACP Rodney Muhammad last week.

Muhammad released a statement Monday night, saying he shared the post on social media in an attempt to start a dialogue around criticism and understanding.

He added, "I later learned that not only was the quote I used misattributed to the philosopher Francois Voltaire, but in fact, the quote and image had been used previously by white supremacists. I immediately removed both the quote and the offensive images. It was never my intention to offend anyone or cause any hurt."

Muhammad states that the NAACP strongly condemns any offensive language or imagery and stands against all forms of hate speech and anti-Semitism. He intends to use this opportunity for thoughtful conversations with both the Black and Jewish communities. 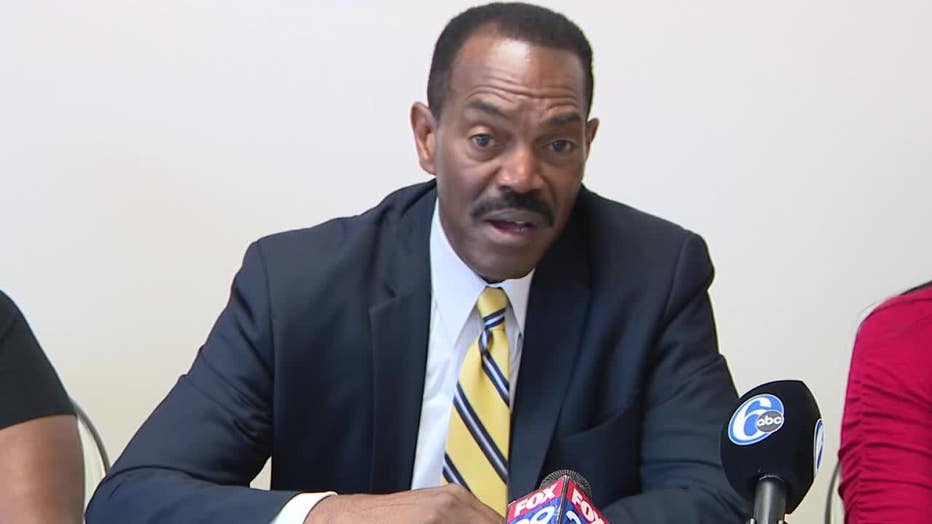 The Jewish Federation of Greater Philadelphia has called for Muhammad's resignation. They released the following statement late last week.

"On Thursday, Rodney Muhammad, President of the Philadelphia NAACP, intentionally initiated the spread of anti-Semitism on his Facebook page. This vile behavior from a civic leader is incredibly dangerous for Jewish communities across the world. The Jewish Federation of Greater Philadelphia deplores Mr. Muhammad’s actions, and calls on the NAACP to remove him from his position immediately. Hate speech and the repulsive, purposeful spread of anti-Semitic imagery and messages can never be tolerated. It is important, now more than ever, for Jewish and Black communities to unite and work together to combat racism and bigotry in all their forms."

“I share the outrage of Philadelphia’s Jewish community to this offensive message, and I am extremely disappointed that Minister Muhammad saw fit to post it. It perpetuates vile anti-Semitic rhetoric, and it compounds the hurt caused by DeSean Jackson’s earlier post, for which Jackson has appropriately apologized. Our city and nation need healing and unity now, not the sort of division and hatred that this post creates. I call on Minister Muhammad to apologize to our Jewish community and to all those who fight every day for religious and racial tolerance. I know Minister Muhammad to be a bridge builder, and I hope he is up to the task of rebuilding the bridges that his unfortunate post has now damaged.”

Editors Note: FOX 29 does not normally show symbols of hate. After conversations with the Jewish Federation of Greater Philadelphia, FOX 29 has decided to show the image for educational purposes.