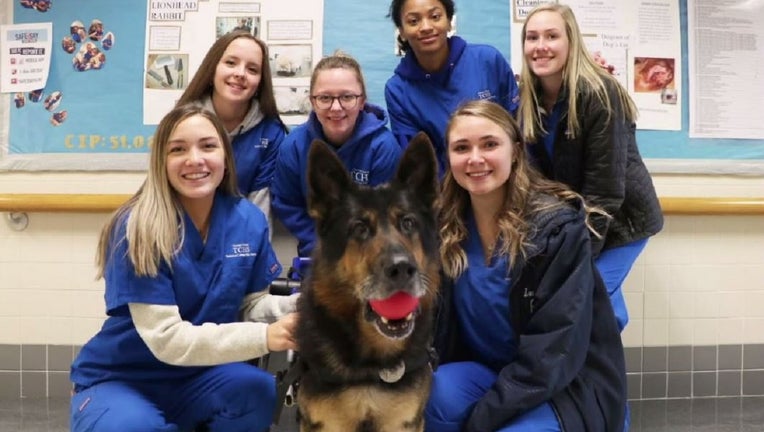 WEST GROVE, Pa. - K-9 officers prove to be an integral part of the police force. But what happens when they retire?

Often, the pups go on to teach humans valuable lessons about life, love and perserverance.

The K-9 officer was featured as an “Underdog of the Day” on Good Day during the Philadelphia Eagles come-from-behind Super Bowl run.

Yukon paid the studio a visit alongside Cpl. Brian Holt, of the Chester County Sheriff’s Office. 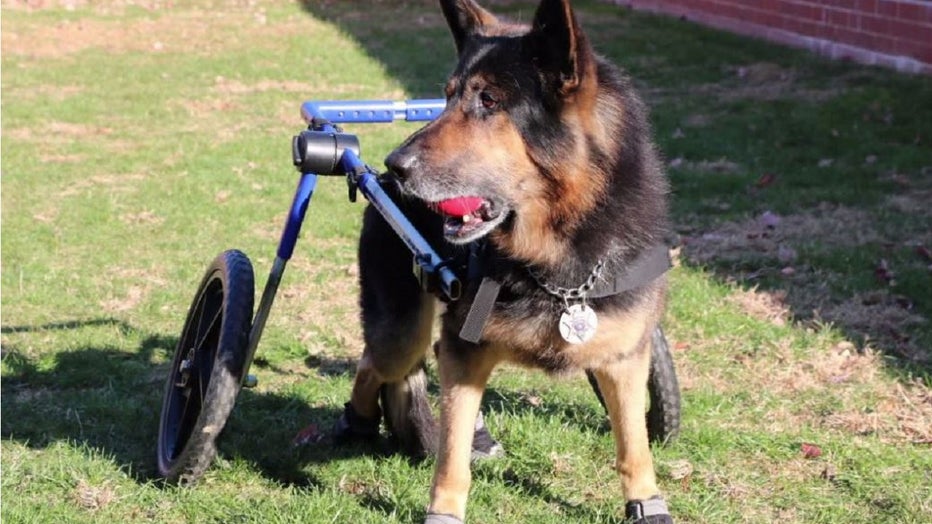 A year after the German shepherd appeared on Good Day, Yukon retired and was formally adopted by the Holt family.

Sadly, he would soon start showing signs of depression and degenerative myelopathy, a genetic disorder that affects the spine, resulting in hind limb weakness and paralysis.

The 10-year-old now uses wheels to get around, and he continues to push through.

Rather than retire, Yukon patrols the hallways of Technical College High School in West Grove.

Yukon is still on the job, and still a very good boy.