Sacramento fire crew use 4,500 gallons of water to put out a Tesla car fire

SACRAMENTO, Calif. - Sacramento fire crews used about 4,500 gallons of water to fully extinguish a Tesla that kept re-igniting and then ended up submerging the high-tech car into a makeshift pond to fully quell the blaze.

The white Tesla was fully involved with fire when the fire crew arrived at the scene in early June, according to the fire district's Facebook post.

The car was parked in a wrecking yard for dismantling after it was greatly damaged from an accident three weeks prior.

It "took a significant amount of time, water, and thinking outside the box to extinguish," fire crew said. Firefighters knocked the fire down, but the car kept re-igniting in the battery compartment.

Fire officials moved the car on its side to gain access.

"Even with direct penetration, the vehicle would still re-ignite due to the residual heat," officials said.

In the end, the crew and the wrecking yard staff successfully created a small pit filled with water and submerged the battery compartment into the water.

Teslas and other electric vehicles have been known to have issues with fires, especially with the batteries.

It can be difficult to put flames out because the vehicles' lithium-ion batteries keep burning until all the energy is released.

It can take as long as 24 hours to put out, according to a guide for first responders for the Tesla Model S. 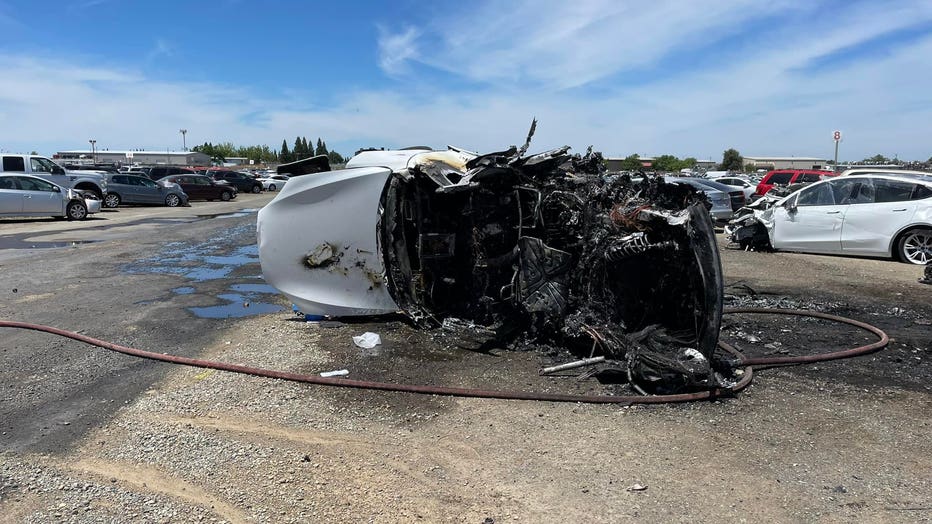 Fire crew moved to the Tesla on its side to gain access to the battery compartment, officials said. (Photo credits: Sacramento Metropolitan Fire District Facebook) 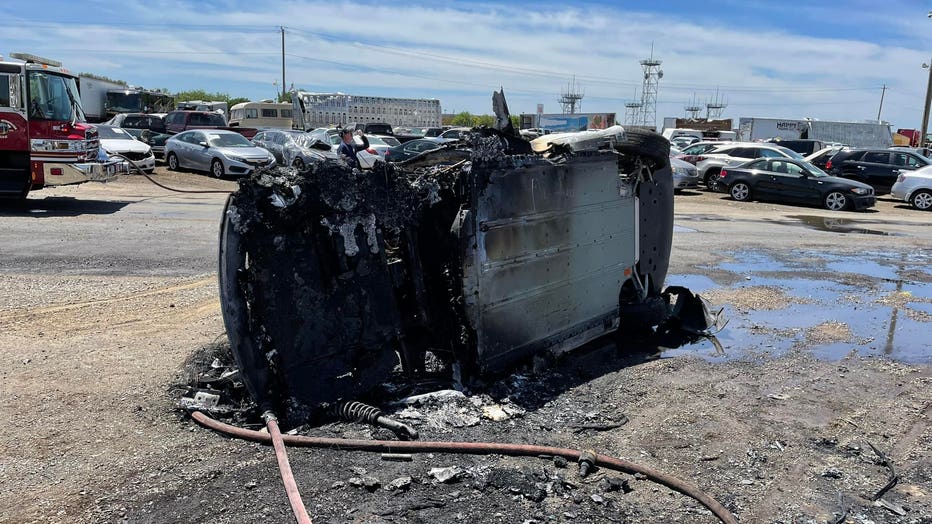 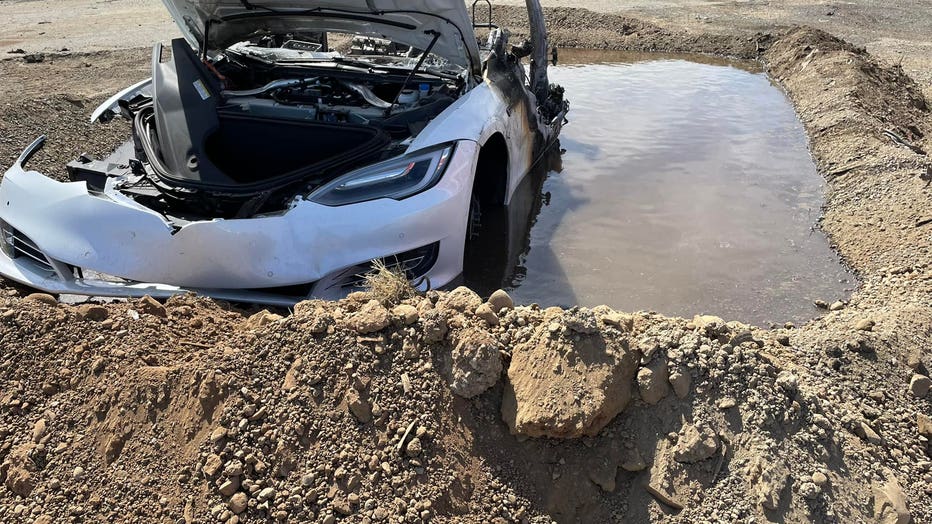 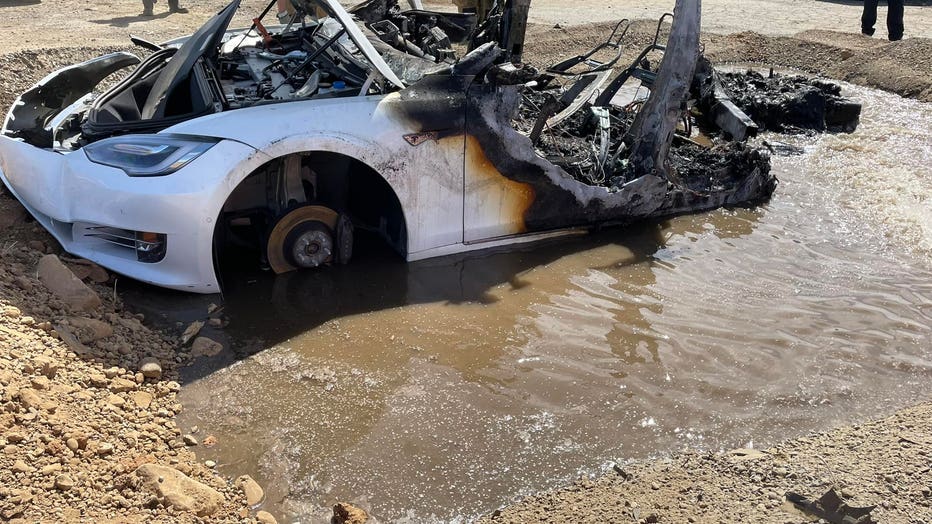 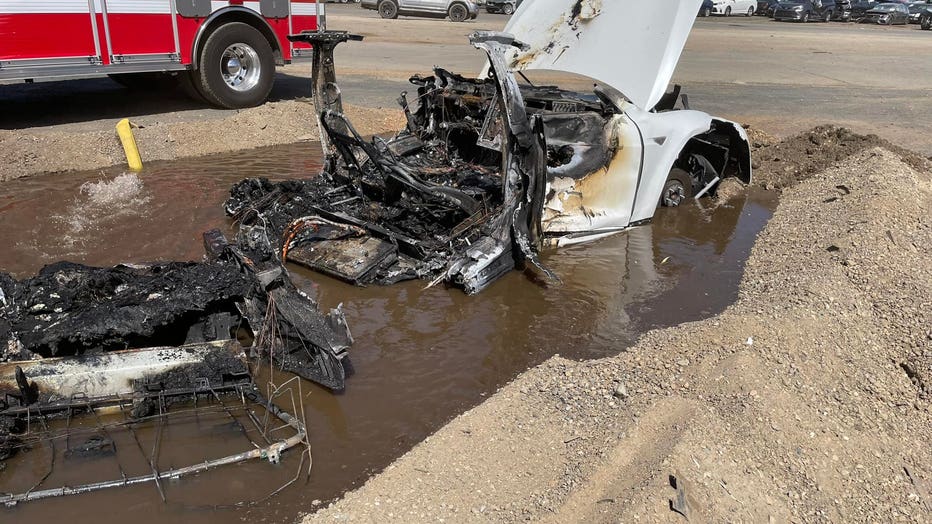