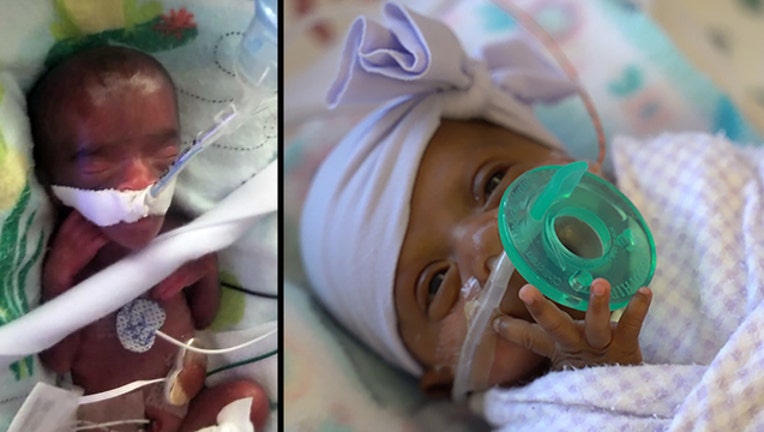 SAN DIEGO - A San Diego hospital has announced the birth of an 8.6-ounce girl believed to be the world's tiniest surviving baby and says she has been discharged as a healthy infant.

Sharp Mary Birch Hospital for Women & Newborns said Wednesday that the baby named Saybie was born at 23 weeks and three days. It says she was sent home this month weighing 5 pounds after nearly five months in the neonatal intensive care unit.

The hospital says the baby's family gave permission to share the story while remaining anonymous.

It says Saybie's ranking as the world's smallest baby ever to survive is according to the Tiniest Baby Registry maintained by the University of Iowa.