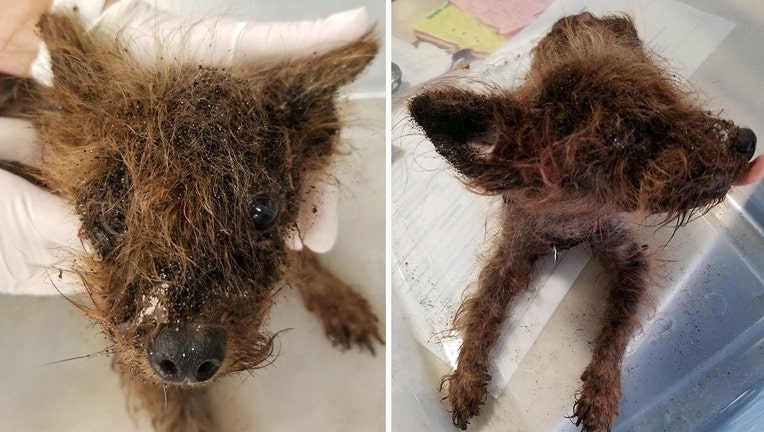 Gertie, a senior female Yorkie, was abandoned outside of Pennsylvania SPCA's Erie Avenue headquarters on Sunday.

PHILADELPHIA - Authorities are investigating after they say a senior female Yorkie was found abandoned inside a plastic container with the lid on during a heat wave.

The Pennsylvania SPCA says the discovery was made outside its Erie Avenue headquarters in North Philadelphia on Sunday, July 28, when temperatures reached a high of 94 degrees.

According to the nonprofit, a volunteer noticed the container and opened it up to find the dog, now named Gertie.

Aside from being covered with fleas and a coating of flea dirt, Gertie was found to be “spunky and strong,” per the shelter.

“We named her Gertie because Gertrude means 'spear of strength,'" shelter officials said in a statement.

The shelter aims to find Gertie a new family once she fully recovers.