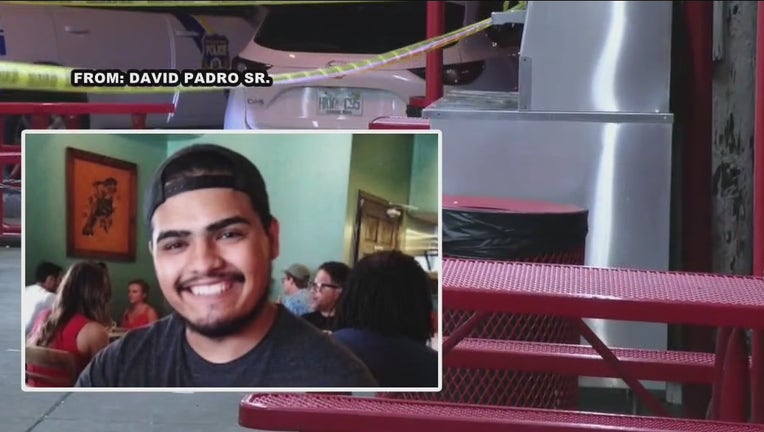 PHILADELPHIA - A funeral service is was held Thursday for a New Jersey man shot outside a well-known Philadelphia cheesesteak shop last week over what witnesses said was a dispute over a parking space.

David Padro, 23, of Camden, New Jersey was shot shortly before 1 a.m. Thursday after an argument broke out between customers outside Pat’s King of Steaks in South Philadelphia. He was pronounced dead about a half-hour later at Jefferson University Hospital, police said.

The District Attorney’s Office told reporters that witnesses said the fight was over a parking space, despite initial reports that it stemmed from a football rivalry. Paul Burkert, 36, of Reading is charged with murder, reckless endangering, evidence-tampering, conspiracy and weapons offenses, police said.

Frank Olivieri, owner of Pat’s for the past 20 years, said this was the first slaying he could recall at the restaurant, which has been in his family since the 1930s and is famed throughout the area.

Padro's father said his son and his girlfriend were in Philadelphia to go to a nightclub and had stopped for a bite to eat. He told NJ.com Saturday that he was trying to prepare for his son's funeral service Thursday at First Spanish Baptist Church in Pennsauken Township.

"I lost my best friend. That’s something I will never really get back," David Padro Sr. said. "The worst comes next week."

Family members said they planned a vigil across the street from the restaurant Sunday night.

A message was sent Sunday to Burkert's attorney seeking comment on the charges.