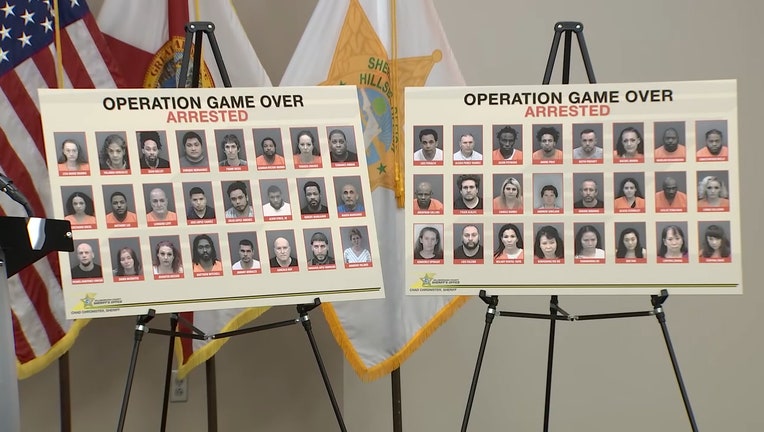 TAMPA, Fla. - In the days leading up to the Super Bowl, Hillsborough County detectives were working undercover in an anti-human trafficking operation.

Sheriff Chad Chronister announced Thursday 75 individuals were arrested during "Operation Game Over," describing it as a record-number of arrests. Among them, three men are facing human trafficking charges. Others were trying to exchange money for sex, he explained.

"The sickening practice of human trafficking is a crime that is nothing less than modern-day slavery," Chronister said during the press conference. "We have not and will not relent in our efforts to stop the demand."

The sheriff said, for the past two weeks, undercover detectives targeted hotels, motels, massage parlors, street solicitors, and online chat rooms. The youngest suspect was 19 years old and the oldest was 73 years old. 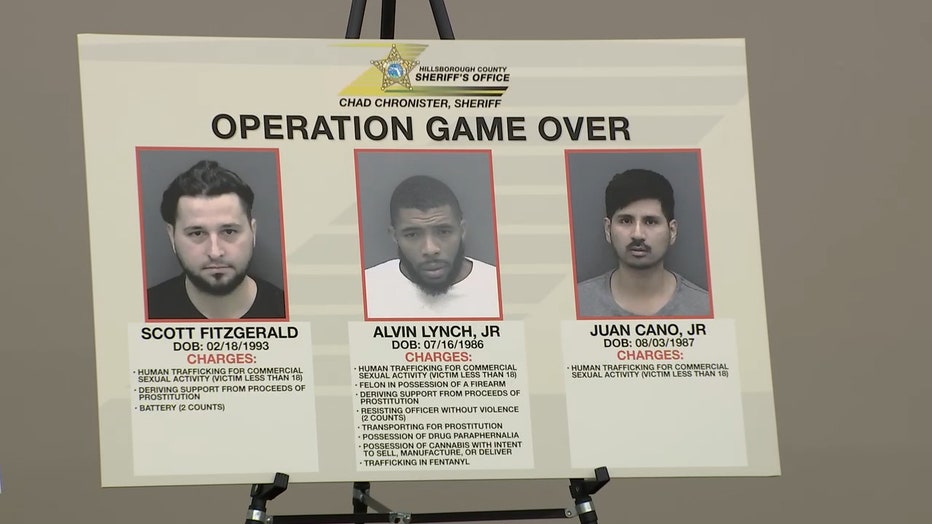 During the investigation, detectives identified three men believed to be trafficking women in this area.

Undercover cops engaged with one of the trafficking victims through an online advertisement. She arrived at a motel with Alvin Lynch Jr., a felon who has been convicted 20 times, the sheriff said. Another suspect, Scott Fitzgerald, also accompanied them.

"After their arrest, the victim told detectives about additional women the men were also trafficking. While I cannot provide too many details, due to the ongoing nature of this investigation, I can tell you that we identified and made contact with two more victims. One of whom is only 17 years old."

Human trafficking suspect Juan Cano Jr. was involved in another case after traveling to meet with a girl he thought was 17 years old, Sheriff Chronister said. While making arrangements to meet, Cano was actually speaking with an undercover detective online.

"Cano struck a deal with the trafficker, our detective, offering to pay to have sex with whom he believed was a teenage human trafficking victim for $150," the sheriff explained.

The agency identified and rescued five adult victims and connected them with Selah Freedom to receive resources and assistance. Detectives put the Department of Children and Families in contact with the 17-year-old victim.

"While the Super Bowl has come and gone," Chronister said, "the fight against human trafficking is far from over. We will remain vigilant to rescue victims from the cruel and miserable underground world of human trafficking and pursue those who propagate this despicable practice."

In mid-January, the agency wrapped up a month-long human trafficking operation that led to 71 arrests. The suspects including members of the military, a teacher, and sex predators.

At the time, Chronister warned that law enforcement officials were stepping up to prevent an increase in human trafficking before the Super Bowl.

For Florida, the state ranks third in the country for human trafficking.