A community is left stunned after the owner of a popular Santa Barbara surf school was arrested on suspicion that he stabbed his two young children to death in Mexico.

SAN DIEGO - A community is left stunned after the owner of a popular Santa Barbara surf school was charged Wednesday with killing his two young children with a spear gun in Mexico because he believed they would become monsters, authorities said.

Matthew Taylor Coleman, 40,  was arrested after the bodies of his 2-year-old son and 10-month-old daughter were found Monday morning by a farmworker at a ranch near Rosarito in Baja California, said Hiram Sanchez, Baja California’s attorney general.

Coleman is facing a federal charge of the foreign murder of U.S. nationals, the U.S. attorney’s office said in a statement.

Prior to the gruesome discovery, police in Santa Barbara said Coleman’s wife had reported them missing and said she was concerned for their well-being.

Coleman confessed to the FBI during an interview that he took his son and daughter to Rosarito where he shot a "spear fishing gun" into their chests, according to an affidavit filed by an FBI agent with the criminal complaint.

Coleman said that "he believed his children were going to grow into monsters so he had to kill them," according to the court document.

Coleman and the children had checked into a Rosarito hotel on Saturday, but video footage showed them leaving before dawn on Monday, authorities said. 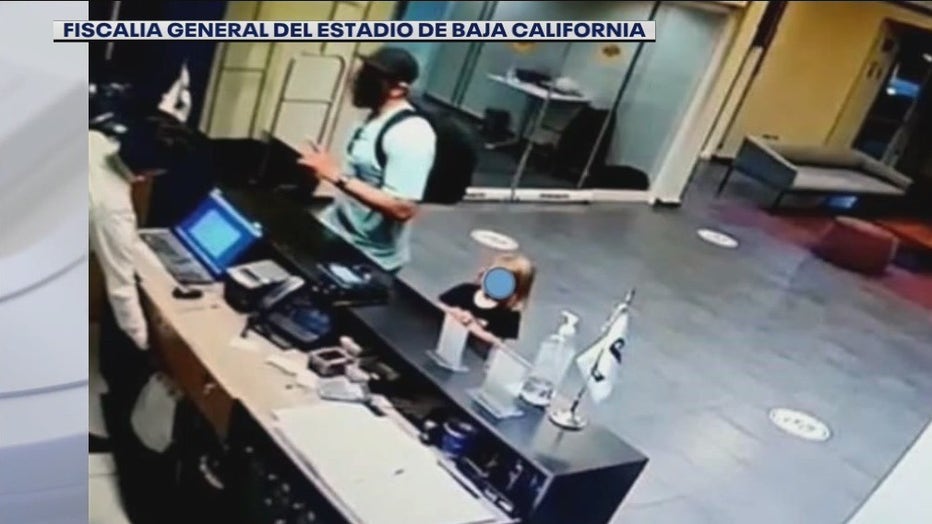 Coleman later returned alone later that morning and then left the hotel for good, authorities said.

Coleman was detained at the border checkpoint, where during an interview with an FBI agent "he explained that he was enlightened by QAnon and Illuminati conspiracy theories and was receiving visions and signs revealing that his wife, A.C., possessed serpent DNA and had passed it on to his children," according to the affidavit.

The girl had been stabbed 12 times, and the boy was stabbed 17 times, Sanchez said.

He frequently featured his family on the Instagram page for his business Lovewater Surf Company.

It wasn’t immediately clear whether he had an attorney who could speak on his behalf.