PHILADELPHIA - A family was reunited with their 5-month-old puppy Rolex after he was stolen right off the back porch of their home on West Hunting Park Avenue in the Tioga-Nicetown section of Philadelphia. Kim and Alanie Silva and their three children are elated over the return of their family member.

A boy was caught red-handed on the family's security camera just before 6:30 p.m. Monday. In the video, you see the boy who is still in his school uniform hop up onto a fence behind the home and then jump onto the porch to grab the dog. 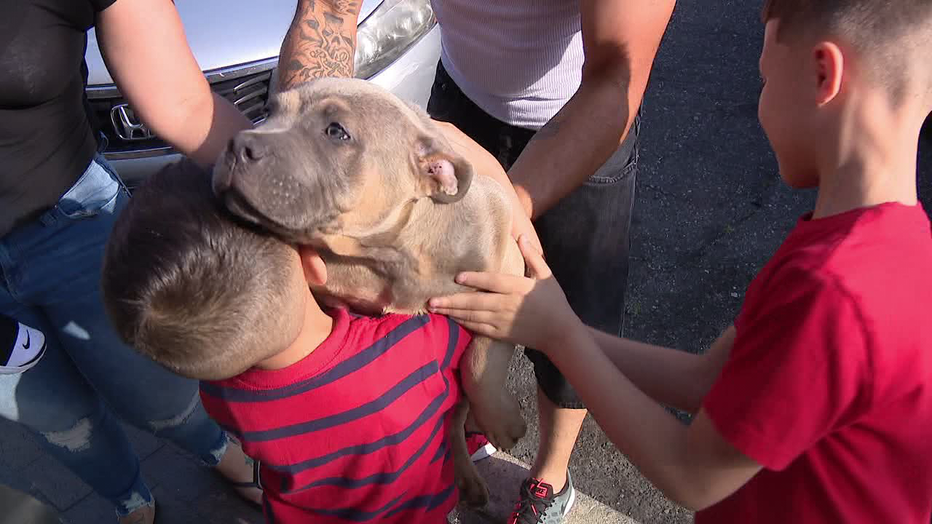 The dad arrived home from work with his children and realized the dog was gone.

"I missed the kid by seconds. Normally, I park the car around back, but he had to use the restroom and I decided to park the car in front," Alanie Silva said.

That gave the young dog-napper just enough time to get away. The rare purebred Pit Bull puppy is a beloved member of the family. The children were crushed that their playmate was gone

Kim Silva took to social media posting the surveillance video everywhere in hopes someone would recognize the puppy and sure enough they did.

Thankfully, the family was able to learn where the boy lived and once his parents found out they led them to an uncle who had the puppy. He thought his nephew just found the dog.

"They become part of your family. I'm just happy we got him back," Alanie said.