A 5-year-old boy battling cancer is receiving an outpouring of support from the South Jersey community. FOX 29's Bruce Gordon shares his story.

RUNNEMEDE, N.J. - A boy battling cancer is receiving an outpouring of support from the South Jersey community.

Andrea Copes remembers the day back in June when she and her husband learned their 5-year-old son Shawn had cancer.

“Just screams. We were in disbelief," she told FOX 29's Bruce Gordon.

Shawn has been been in and out of the hospital ever since. He is going through chemotherapy and later on, he will undergo stem cell transplants, plus radiation. In all, he will have two years of treatment after which doctors give him a 50 to 60 percent chance of survival. 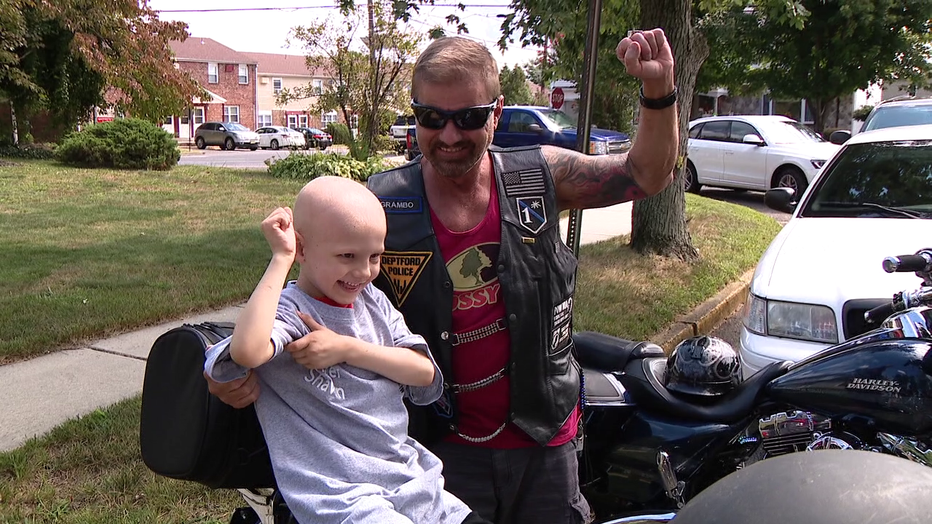 Amid all the heartache, there's hope and in the face of cancer, there's compassion.

Out the window of the Copes’ Runnemede home, a caravan of police cars and motorcycles, bearing gifts arrived at the boy's home on Monday. The Rolling Badges are mostly cops, who are active and retired from all over the region. They make it their business to help those in need. On this day, they gave out free T-shirts and police badges from departments all over South Jersey.

Shawn will be seeing plenty of doctors in the months ahead and the news won’t always be good.  Andrea knows they have an entire community in their corner.

“People are good. We should concentrate on that because people are so wonderful," she said.

Sean wants to be a doctor when he grows up.

A GoFundMe account set up to help the family cover their expenses has already drawn more than $19,000 from more than 250 donors.