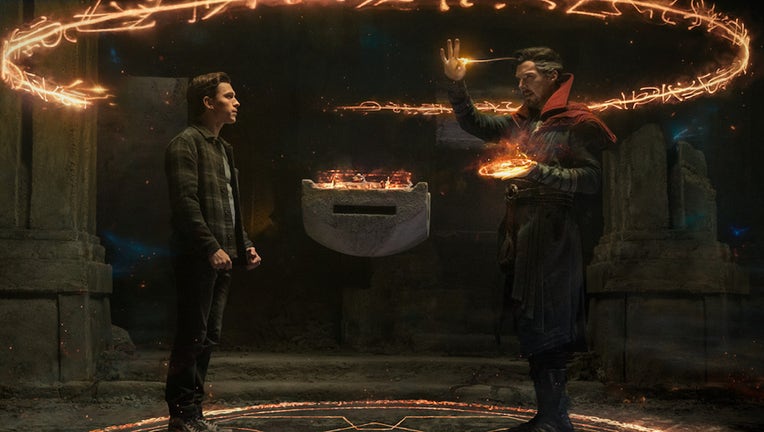 CHICAGO - The Marvel Cinematic Universe is a funny thing: Wildly popular, accessible blockbuster entertainment that also sometimes feels as though it requires a road map.

The marketing has already teased that this latest installment of the Tom Holland-led series features returning villains from the past two "Spider-Man" franchises – the one directed by Sam Raimi and led by Tobey Maguire from the 2000s, and "The Amazing Spider-Man" series directed by Marc Webb and starring Andrew Garfield from the 2010s.

RELATED: The essential onscreen superheroes of 2021

That means that unlike the similar crossover fun of "Spider-Man: Into the Spider-Verse" (the stellar animated film this one shamelessly rips off with a villain-centric twist), "No Way Home" doesn’t entirely function as an emotionally self-contained story. Instead, much of its excitement and pathos comes directly from the nostalgia of seeing 20 years of live-action Spider-Man storytelling revisited on screen.

So if you’re the kind of person who squealed with delight when the film’s trailer revealed Alfred Molina’s Doc Ock lurching into frame growling, "Hello, Peter," you’re in for a treat. If not, you might find yourself a little webbed out.

About "Spider-Man: No Way Home": When Spider-Worlds collide

What works best about "No Way Home" is its sense of surprise – not just in the cameos, Easter Eggs, and returning characters it offers, but also in its bold tonal shifts. It’s a movie that can be subversively playful one minute and deeply somber the next. (It helps that Holland is just as good at conjuring up empathetic tears as cracking wise.)

That also means "No Way Home" is a lot of movie; one that relies on more of a sprawling five-act structure than a traditional three-act one. Picking up right where "Spider-Man: Far From Home" left off, Peter Parker (Holland) is shocked to see his secret identity revealed by internet blowhard J. Jonah Jameson (J.K. Simmons).

The swiftly paced opening keeps Peter’s experience somewhat grounded in the high school world that has always been the true highlight of this trilogy from director Jon Watts. Peter valiantly attempts to balance his newfound celebrity/infamy with the challenge of applying to college alongside his new girlfriend MJ (a stellar Zendaya) and his best friend Ned (Jacob Batalon).

But when it all becomes too much, Peter turns to Doctor Strange (Benedict Cumberbatch) for a magical solution to his superheroic problem. Naturally, of course, the spell goes wrong, which leads to the multiversal madness that takes over the rest of the film. 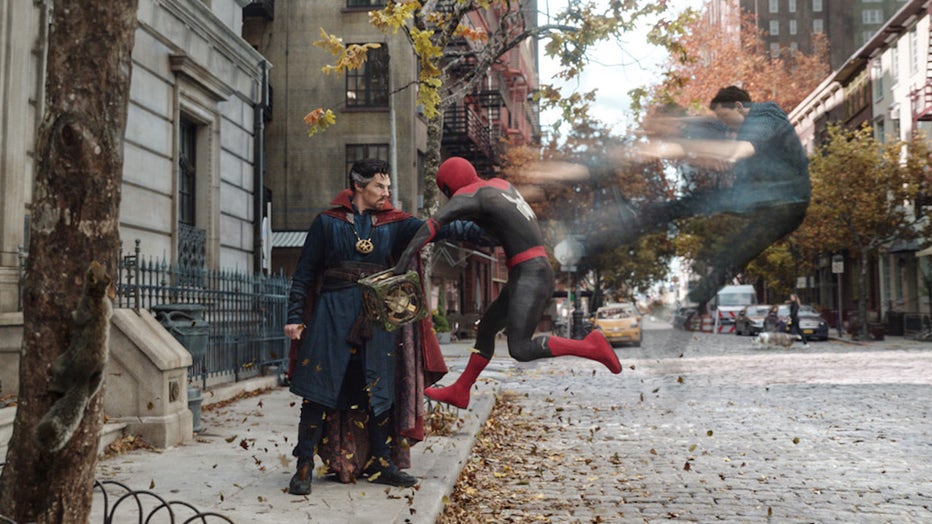 Although, to be fair, the idea of universe-hopping baddies is easier to swallow than the notion that being a world-famous Avenger would be a hinderance, not an asset, when applying to college.

See "Spider-Man: No Way Home" for: The ultimate exploration of what it means to be Spider-Man

It’s a testament to how thoughtfully "No Way Home" is constructed that it still manages to find any kind of emotional center despite having so much story to introduce, exposition to deliver and characters to serve.

On that front, "No Way Home" hugely benefits from casting choices of the past. As the much-maligned Electro, Jamie Foxx has charisma for days. Meanwhile, Molina and especially Willem Defoe’s Norman Osborn a.k.a. Green Goblin are there to pick up the dramatic weight, as is Marisa Tomei’s Aunt May, who finally gets something to do beyond existing as a walking "hot aunt" joke. 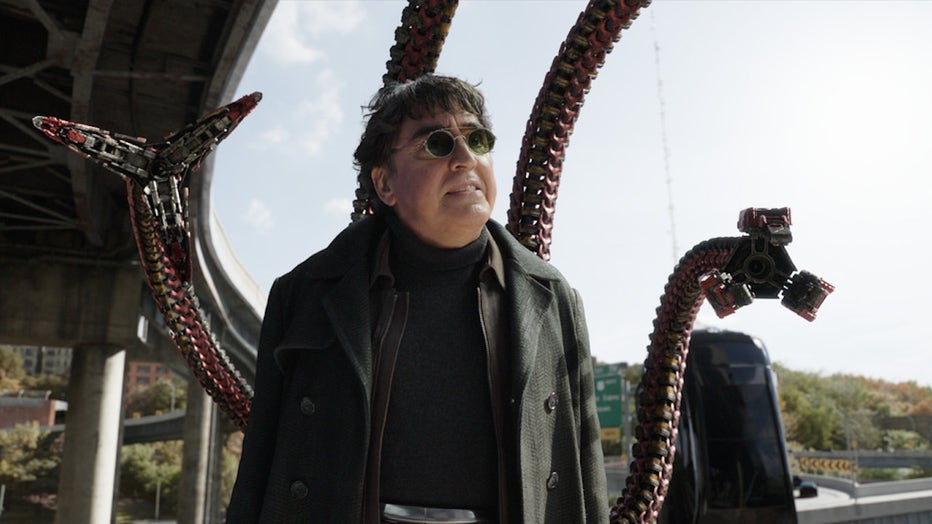 Even so, there’s a scattered, overstuffed quality the film never quite manages to shake, one that’s particularly noticeable when key characters disappear for lengthy stretches of time when the plot needs to turn its attention elsewhere.

RELATED: Marvel’s ‘Eternals’ is worth a second look

Where "No Way Home" succeeds, however, is in interrogating what makes Spider-Man different than the other superheroes in the MCU — a vital quality somewhat buried beneath the decision to introduce this version of Peter Parker as Tony Stark’s high-tech protégé.

Pulling from the grand comic book tradition that villains reflect the heroes they face, Peter’s new, surprisingly empathetic rogues' gallery brings out his humanistic heart. While Doctor Strange wants to take a clinical, big picture approach to their multiversal dilemma, Peter’s arc is about learning to see that questions of power and responsibility can unfold on a more personal level too, rather than just a world-ending one.

"Spider-Man: No Way Home": The weight of heroism

Indeed, while "No Way Home" offers plenty of splashy MCU action — including a trippy fight set in the "Inception"-style Mirror Dimension from "Doctor Strange" — it’s the character scenes that are most consequential.

Moments as simple as pre-battle banter or a post-crisis hug feel as monumental as anything the MCU has ever delivered. And for all its ephemeral, IP-driven fun, "No Way Home" doesn’t pull its punches when it comes to poignantly shaking up Spidey’s world. 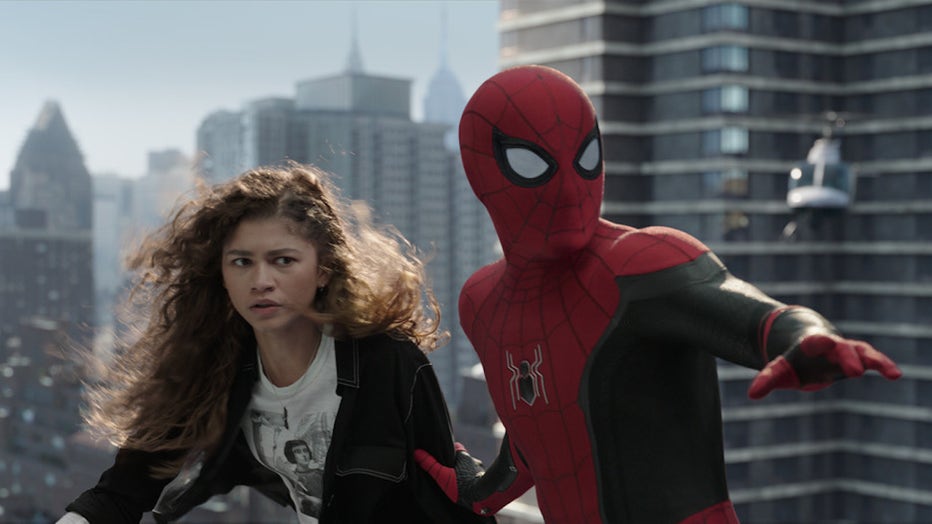 RELATED: ‘West Side Story’ review: A dazzling musical with a dimmed love story

In fact, far from feeling like a trilogy capper, "No Way Home" seems more like the start of a new era for Peter. One of the movie’s main themes is second chances — something it offers to performers who never quite got their due in past Spider-Man franchises. But that also extends to a fresh start for the MCU’s take on Peter as well. "No Way Home" puts the teenage superhero through the wringer in order to bring him closer to his comic book roots.

It’s an intriguing idea — paving a new Spidey future by interrogating our collective Spidey past. Still, it’s one that will probably play best for those already invested in the Spider-Verse, rather than those just swinging by.

About the writer: Caroline Siede is a film and TV critic in Chicago, where the cold never bothers her anyway. A member of the Chicago Film Critics Association, she lovingly dissects the romantic comedy genre one film at a time in her ongoing column When Romance Met Comedy at The A.V. Club. She also co-hosts the movie podcast, Role Calling, and shares her pop culture opinions on Twitter (@carolinesiede).

More superheroes—streaming for free on Tubi

With Great Power: The Stan Lee Story (2010): What better way to prep for Spider-Man than with a look at the life and times of Peter Parker’s co-creator? This 80-minute documentary explores the incalculable reach of Stan Lee, the most famous name in comics and the undisputed king of high-profile movie cameos. Rated TV-PG. 80 minutes. Dir: Terry Dougas, Nikki Frakes, Will Hess. Also featuring: Samuel L. Jackson, Avi Arad, Sean Astin and Kenneth Branagh.