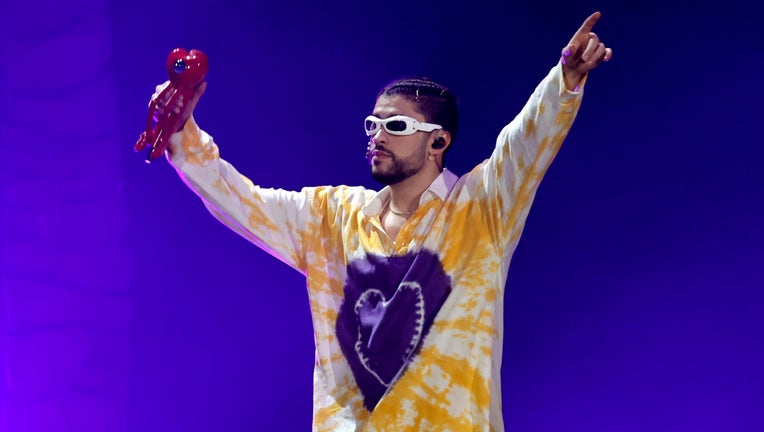 It’s been quite a year for Bad Bunny.

The Puerto Rican singer, songwriter and rapper is this year’s most streamed artist in the world on Spotify for the third year in a row, according to Spotify Wrapped 2022. He also had the most songs on Pandora’s "Thumb Hundred" list and was crowned Apple Music’s "Artist of the Year" in early November.

Bad Bunny, who won a Grammy and took home another five Latin Grammy Awards, had the year’s top-seller and the first all-Spanish language to debut at No. 1 on the Billboard 200 album chart. This year, he also became the only artist in history to put on two separate $100-million tours in less than 12 months with his "El Último Tour Del Mundo" and "World’s Hottest Tour." 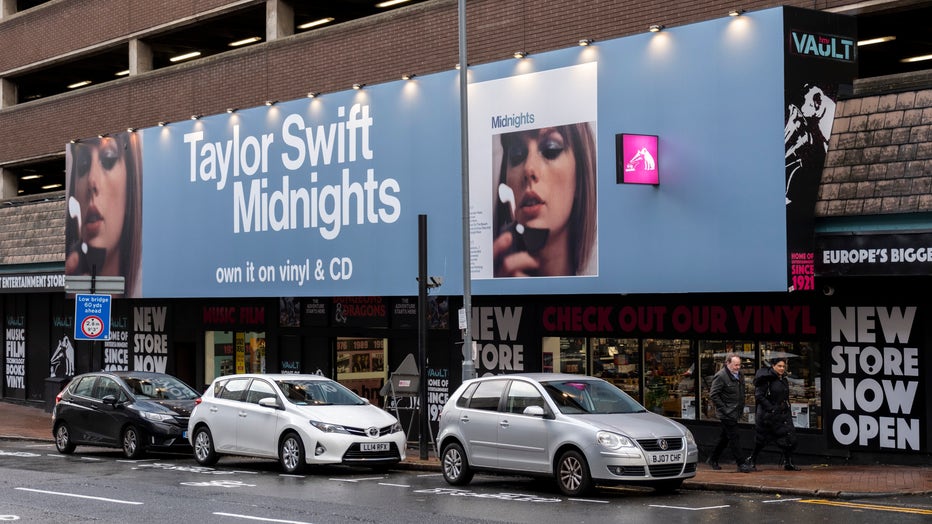 Bad Bunny’s "threepeat" for top honors on Spotify is a first for the music streaming service, but Taylor Swift topped the list of artists whose songs were most frequently shared to social media. She was also the top artist in Australia, the U.K., Ireland, Malaysia, the Philippines, New Zealand, Qatar, Slovenia and Singapore.

The other musicians capping off the top 5 are Drake, The Weeknd and K-pop sensation BTS.

RELATED: Spotify Wrapped 2022 is here -- How to see your most listened to songs

Harry Styles’ hit "As it Was" is the most streamed song of 2022 on Spotify, and his album "Harry’s House" was the second-most streamed globally behind Bad Bunny’s "Un Verano Sin Ti."

Most-Streamed Artists in the U.S.

Most-Streamed Albums in the U.S. 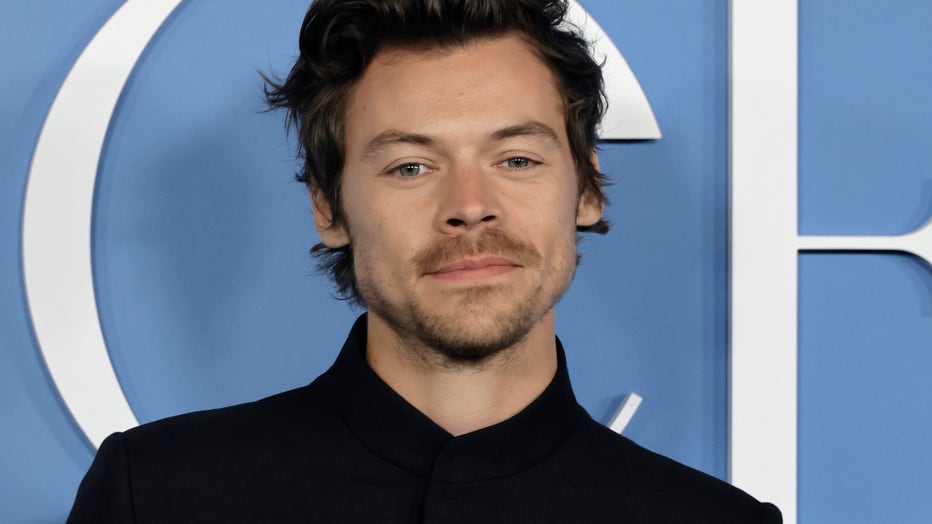 Harry Styles arrives at the Los Angeles premiere of "My Policeman" at Regency Bruin Theatre on November 01, 2022 in Los Angeles, California. (Photo by Kevin Winter/Getty Images)

"As It Was" by Harry Styles
"Heat Waves" by Glass Animals
"STAY (with Justin Bieber)" by The Kid LAROI
"Me Porto Bonito" by Bad Bunny feat. Chencho Corleon
"Tití Me Preguntó" by Bad Bunny

Most-Streamed Songs in the U.S.

"As It Was" by Harry Styles
"Heat Waves" by Glass Animals
"Bad Habit" by Steve Lacy
"Me Porto Bonito" by Bad Bunny feat. Chencho Corleon
"First Class" by Jack Harlow

Most Popular Podcasts in the U.S.

What’s new on Spotify Wrapped in 2022 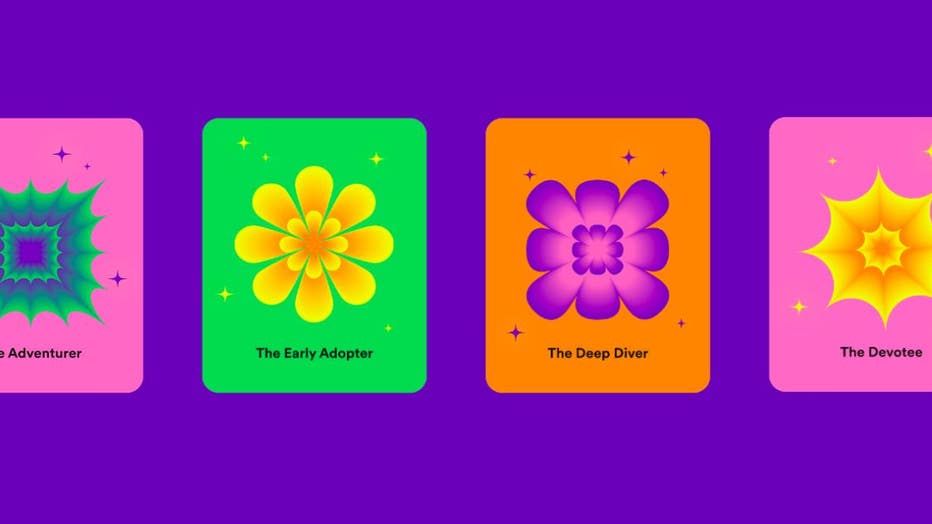 When you open the Spotify app on your Apple or android, the 2022 Wrapped icon should appear on your home screen. From there, you’ll see your most played songs, genres, and even styles like upbeat, mellow, etc. Spotify will also create a personalized "Wrapped" playlist you can add to your library.

This year, Spotify has added an interactive "wrapped" story that shows how your music taste evolves throughout the day, i.e. your moods and vibes from morning, noon and night.

You’ll also be labeled as one of 16 "listening personalities" at the end of your Wrapped story based on your listening patterns throughout the year. Among them are labels like "Adventurer," "Early Adopter," "Deep Diver," "Devotee" and more. 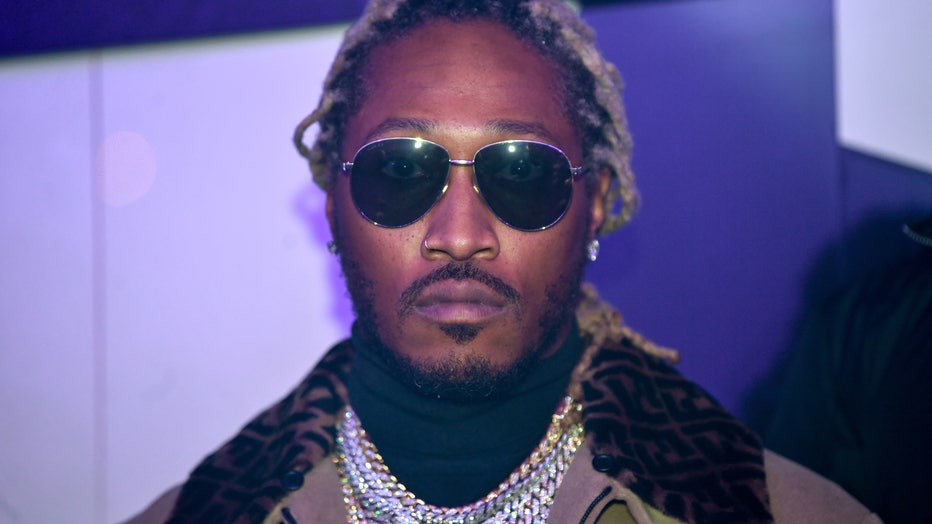 Rapper Future took home the top spot on Pandora’s top 100 "most-loved" songs of 2022 with "WAIT FOR U" featuring Drake and Tems.

Bad Bunny has five songs on the top Thumb Hundred list, the most of any artist.