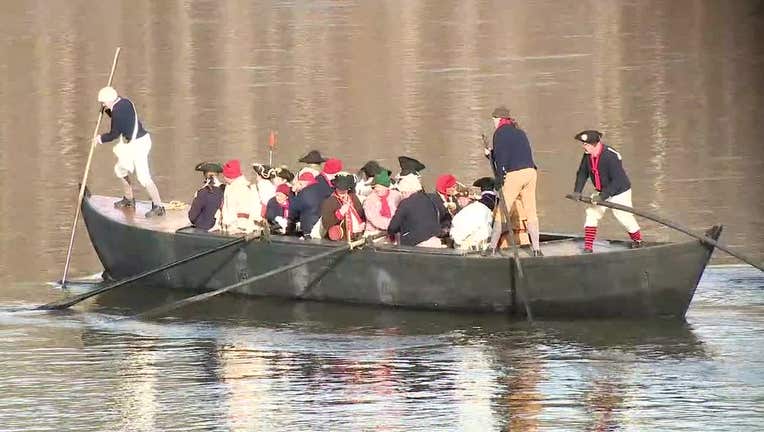 The event was scrapped because of bad weather the last two years.

The crossing is the highlight of a historical reenactment that draws thousands of people to the banks of the river in Washington Crossing, Pennsylvania, and Titusville, New Jersey. Other activities include Washington's address to his troops, historical speeches and processions, and staff in period clothing providing public interpretation. 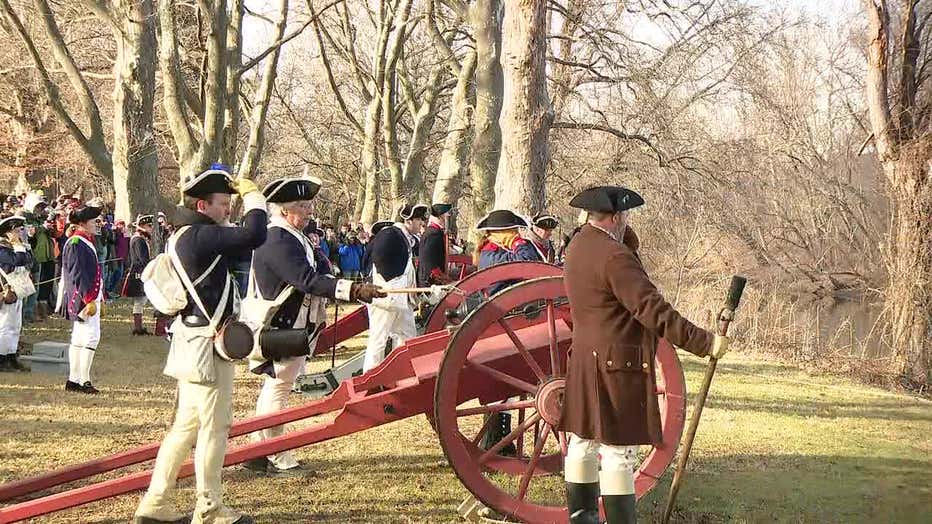 Last year, high water conditions scuttled plans for the crossing. The year before, high winds prompted cancellation of the event. 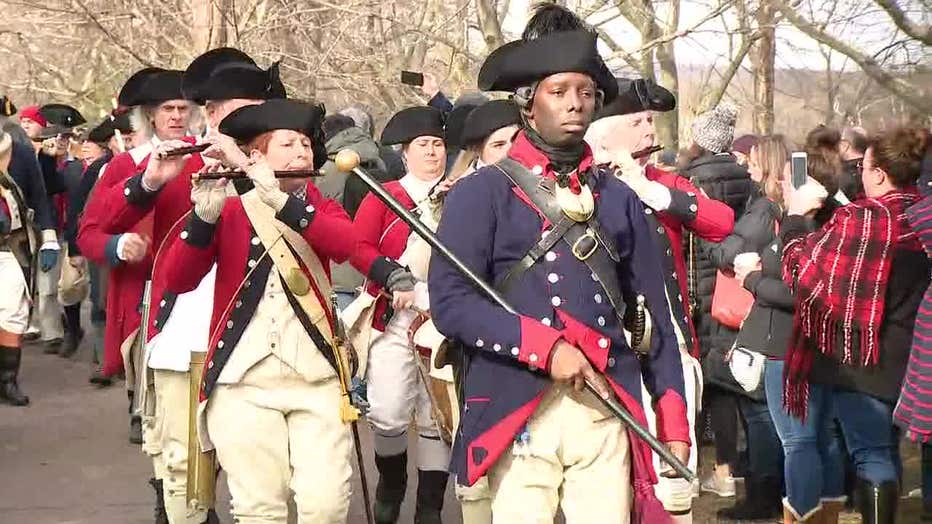 In the original crossing, boats ferried 2,400 soldiers, 200 horses and 18 cannons across the river. Washington's troops marched 8 miles (13 kilometers) downriver before battling Hessian mercenaries in the streets of Trenton. Thirty Hessians were killed, and two Continental soldiers froze to death on the march.