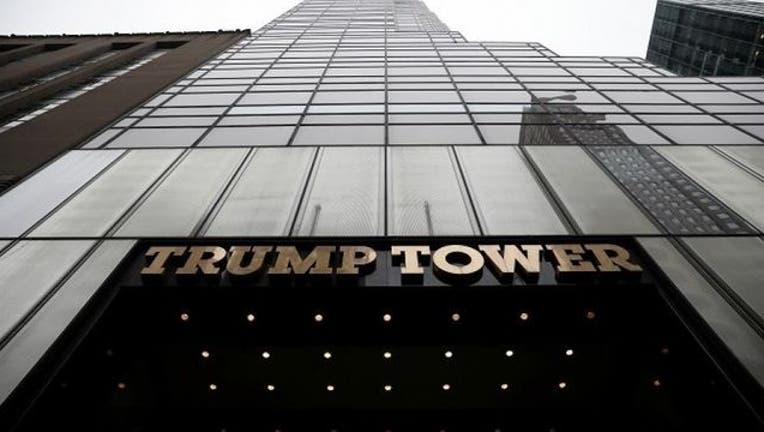 President Trump on Wednesday blasted New York City Mayor Bill de Blasio for his plans to paint “Black Lives Matter” in front of Trump Tower in Manhattan, urging the city to instead spend its money on the New York Police Department.

“NYC is cutting Police $’s by ONE BILLION DOLLARS, and yet the @NYCMayor is going to paint a big, expensive, yellow Black Lives Matter sign on Fifth Avenue, denigrating this luxury Avenue,” Trump tweeted Wednesday.

“This will further antagonize New York’s Finest, who LOVE New York & vividly remember the horrible BLM chant, ‘Pigs in a Blanket, Fry ‘Em Like Bacon,’” he continued. “Maybe our GREAT Police, who have been neutralized and scorned by a mayor who hates & disrespects them, won’t let this symbol of hate be affixed to New York’s greatest street.”

He added: “Spend this money fighting crime instead!”

Trump’s comments came after de Blasio confirmed that the city will have “Black Lives Matter” painted on Fifth Avenue in front of Trump Tower in “a matter of days.”

“We’re going to take this moment in history and amplify it by taking the ‘Black Lives Matter’ symbolism by putting it all over this city, including in front of Trump Tower,” de Blasio said on MSNBC Wednesday.

“It’s an important message to the whole nation and obviously we want the president to hear it because he’s never shown respect for those three words,” de Blasio continued. “When he hears ‘Black Lives Matter,’ he presents a horrible, negative reality of something that doesn’t exist, and he misses the underlying meaning that we’re saying we have to honor the role of African Americans in our history and our society.”

He added: “We’re going to make it really clear to the president. It’s going to be right outside his doorstep.”

De Blasio also commented on New York City’s budget, which was passed Tuesday, that shifted $1 billion from the New York Police Department to programs that assist youth and community development.

The City Council said in a statement that the city's 2021 budget will include $837 million in cuts and transfers to the New York Police Department (NYPD) expense budget, which removes $1 billion from the NYPD’s spending when combined with associated costs.

MORE NEWS: Florida sheriff says he will deputize gun owners if county gets overwhelmed by protesters

The amount is far less than what some protesters demanded. Rep. Alexandria Ocasio-Cortez, D-N.Y., said earlier that $1.5 billion in cuts would not be enough.

De Blasio, on Wednesday, touted the “profound change” in the budget, noting that the city is “taking money from the police and putting it into youth initiatives,” while also taking other measures, such as “getting rid of solitary confinement in our jails.”

“We have to be in a constant place of reform,” de Blasio said.