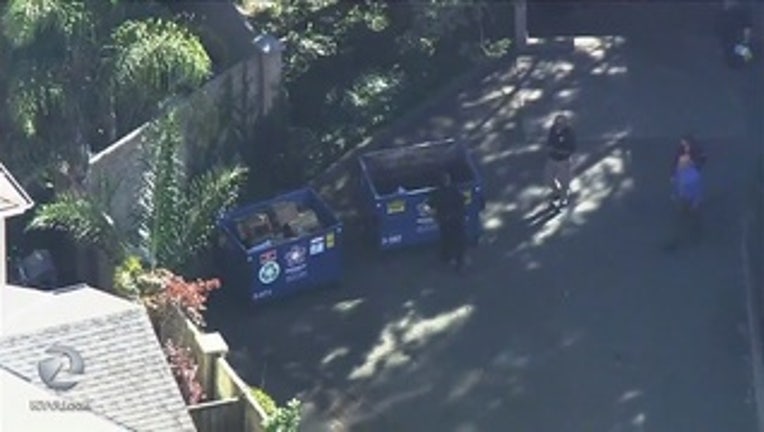 FAIRFIELD, Calif. - Two newborn twins, including one who died, were found abandoned near a dumpster at a California strip mall after being born just minutes earlier, police said Wednesday.

The infant died before officers arrived Tuesday at the site in Fairfield, about 50 miles (80 kilometers) northeast of San Francisco. The other baby was taken to a hospital and was in stable condition, Fairfield police spokesman Lt. Jausiah Jacobsen said.

Police were called to the strip mall by a restaurant worker who told a dispatcher that two infants were with a woman and appeared to have been recently birthed on a sidewalk behind mall businesses.

The woman was found walking nearby and was also taken to a hospital, where she remained Wednesday, Jacobsen said.

In California, people can anonymously surrender a newborn at a firehouse or hospital within 72 hours of birth without fear of being prosecuted.

Pizza restaurant owner Joe Fundly told KCRA-TV that he and his employees saw the woman in a parking lot before the twins were found and she appeared to be homeless.

"She had been here for a couple weeks," Fundly said. "The only time I had seen her was last night, but my staff said she'd been around the last couple of weeks."

Police wouldn't release any other information about the woman or the babies. Jacobsen said the woman has not been arrested.