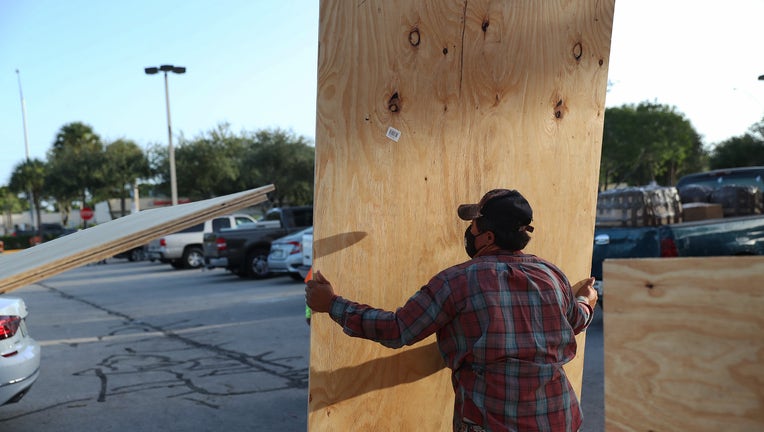 Juan Ramirez places plywood into his vehicle at The Home Depot on July 31, 2020 in Lake Worth, Florida. Mr. Ramirez said he bought the plywood to prepare his home for the possible arrival of Hurricane Isaias. The hurricane is expected to hit the east

ATLANTA - Emergency managers in states from Florida to Maine were keeping an eye on Hurricane Isaias as it drenched the Bahamas prompting hurricane warning for parts of the Florida coast on Friday.

As of Friday evening, the U.S. Census estimates more the 79 million Americans sit the potential path of Isaias as it is forecasted to start its four-day trek north, skirting along the East Coast beginning early Saturday morning. That number will fluctuate depending on shifts in direction and change in intensity.

Beaches and coastal communities from Florida to North Carolina are shutting down and shuttering up. North Carolina ordered the evacuation of Oracoke Island, which was slammed by last year’s Hurricane Dorian, starting Saturday evening. 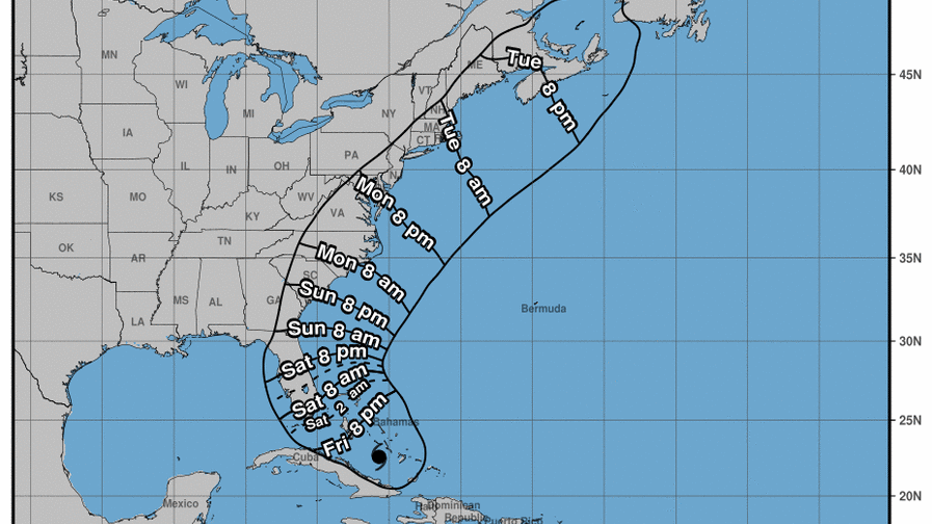 The Hurricane Center said heavy rains associated with the storm “may begin to affect South and east-Central Florida beginning late Friday night, and the eastern Carolinas by early next week, potentially resulting in isolated flash and urban flooding, especially in low-lying and poorly drained areas.”

Florida Gov. Ron DeSantis said that the state was “fully prepared for this and any future storm during this hurricane season,” with stockpiles of personal protective equipment, generators, bottled water and meals ready to be distributed.

But he urged people to have seven days with of food, water, and medication ready and said that state-run coronavirus testing sites in the areas where the storm could hit will be closed.

“Our sites, because they’re outdoors with tents, if it were to get 40-, 50-mile-per-hour winds, it would just collapse,” he said. “Safety is paramount for that.”

Miami’s mayor said that social-distancing measures prompted by COVID-19 meant each person in shelters needed to have 40 square feet and no more cafeteria-style dining would be allowed. People who are infected with the new coronavirus and need to evacuate will be isolated in classrooms separate them from the general population, Giménez said.

In Daytona Beach and Polk County, authorities began distributing sandbags and other officials advised people to have emergency provisions at home sufficient for three to seven days.

Keep up with the latest by downloading the FREE FOX 5 Storm Team app and following @FOX5StormTeam on Twitter.