Russia has launched a large-scale military invasion of Ukraine. LiveNOW from FOX's Mike Pache talks with Joseph Steinberg about the cybersecurity threats from Russia.

The United States is bracing itself for possible cyberattacks from Russia following the Kremlin’s full-scale invasion of Ukraine on Thursday.

Russia's widespread cyberattacks on Ukraine are part of a technique to destabilize the country, according to U.S. government officials.

Cyber experts say Russia has the capability to disable or destroy U.S. satellites. Those attacks could also impact GPS for navigation, farming, automation, and oil exploration.

"First of all my hope is that the Russian government will be smart enough not to launch cyberattacks against the United States. It’s true that the Russians have the capability to disrupt us in many ways but we have a lot more capabilities to disrupt them and I think they would be wise to avoid starting up with the U.S," cybersecurity expert Joseph Steinberg told LiveNOW on FOX.

However, should Russia go forward and execute a cyberattack on the U.S., there will really be no way of knowing until after the attack has occurred, Steinberg said.

In the past, food supply, utilities and banking services have been disrupted by cyberattacks, in fact, the FBI and the Cybersecurity and Infrastructure Security Agency have both issued bulletins to private sector companies to prepare for state-sponsored cyberattacks launched by Russia. 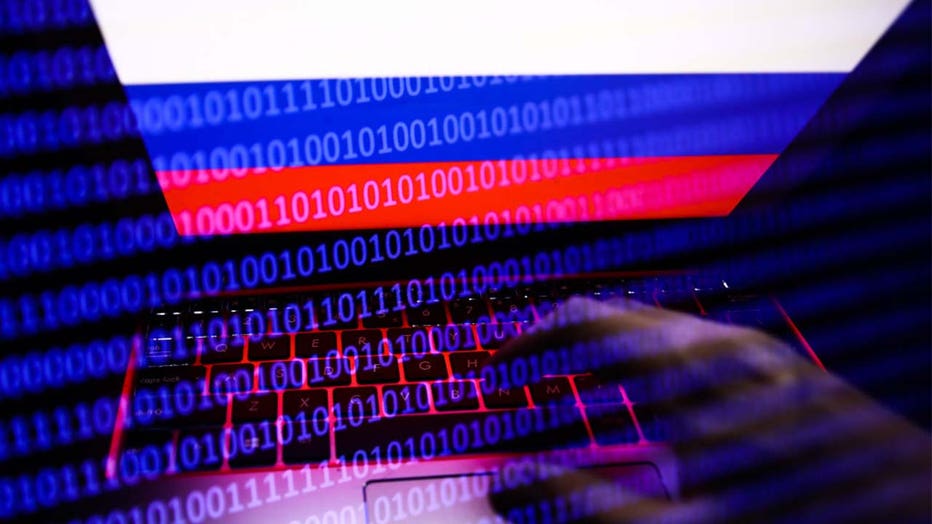 Lawmakers urged all Americans and businesses on Thursday to shore up their cyber defenses.

"Russia is fighting both a kinetic and cyber war – I encourage all Americans and businesses to strengthen all their cyber defenses in light of the possibility of disruptions," Sen. Mark Warner, D-Va., tweeted.

How is the U.S. preparing to protect itself against cyberattacks?

"Over the last few weeks, there’s been a lot of preparation done specifically by utilities, banks and others in coordination with the government, some of which were exercises to practice what would happen if there were attacks launched," Steinberg explained.

"A lot of the fear is about denial of service attacks, so these would be attacks to shut down services rather than to penetrate and steal data or otherwise and there’s a lot of practice going on," Steinberg said.

The U.S.‘s cybersecurity prevention measures are "tremendous," according to Steinberg, but it’s not 100%.

"As defenders, we would have to block 100% of attacks, the attackers only have to get one or two through, so the odds are always in favor of the attacker and that’s the concern. Even if the Russians are not quite as powerful as we are or not nearly as cyber powerful as we are, they could still inflict damage," Steinberg continued.

Cybersecurity expert and attorney Leeza Garber joined "Mornings with Maria" Thursday and suggested the U.S. needs to "be proactive" on protecting their assets during a possible cyberattack amid the Russia-Ukraine conflict.

"The big scare is that we're going to wake up and see all of our bank statements depleted, right? That's a concern I keep hearing. It's important to understand that as citizens, we can do our best to protect our assets. Many of our assets are online. If it's connected to the Internet, there's always the chance it can be hacked, but it's important to, as you mentioned, change your password use best practices, which includes multifactor authentication. Be careful about how you're accessing websites, what emails you're clicking on, things like that," Garber told FOX Business.

Meanwhile, cyberattacks against Ukrainian government websites and affiliated organizations added to the confusion of Russia’s military assault Thursday, including data-wiping malware activated a day earlier that cybersecurity researchers said infected hundreds of computers including in neighboring Latvia and Lithuania.

Researchers said the malware attack had apparently been in preparation for as much as three months.

Measures to blunt the DDoS attacks were having some success, however, as major government websites including those of the defense and interior ministries were reachable Thursday. U.S. and allied governments quickly blamed the denial-of-service attacks on Russia’s GRU military intelligence agency after they began last week. Such attacks render websites unreachable by flooding them with junk data.

The Associated Press and FOX Business contributed to this report. This story was reported out of Los Angeles.