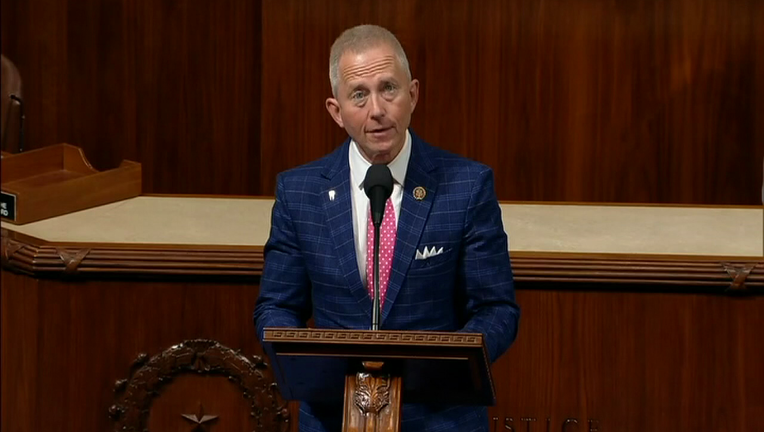 Van Drew is seeking his second term after becoming a Republican over his opposition to Democrats’ impeaching President Donald Trump, and Kennedy is seeking office for the first time. They met at Stockton University’s Atlantic City campus, and contrasted sharply over how the federal government handled coronavirus.

“We have light at the end of the tunnel,” he said. “America is going to move forward.”

Kennedy faulted the president for not having a comprehensive plan to address the outbreak.

“We’re six months in and we’re still really struggling,” she said. “It’s really the mixed messaging that we saw throughout this pandemic.“

The debate was mostly even-keeled, with neither candidate cutting the other off or interrupting.

There was a pointed exchange when Van Drew suggested she supported defunding the police. Kennedy said ads Van Drew is running distorted her comments about “having a discussion” about more police training. 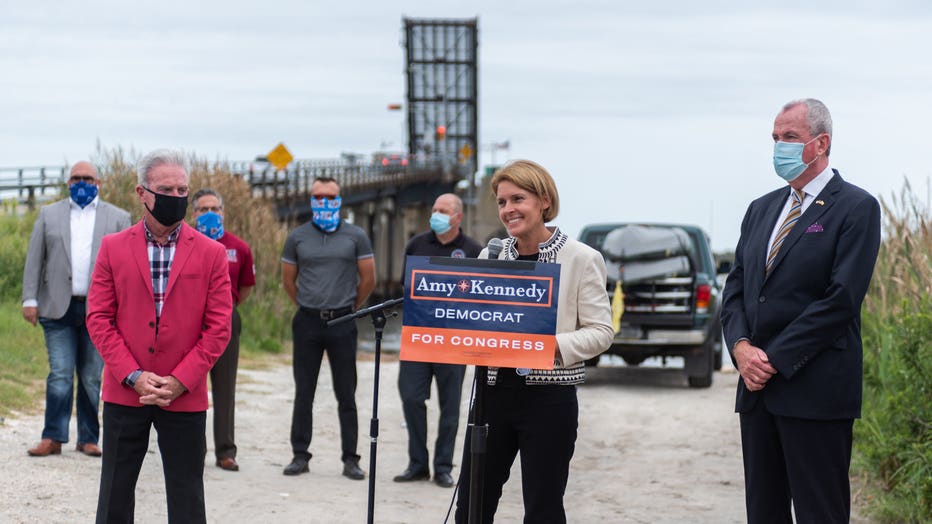 “I said there is merit in having conversations,” she said. “You took that and spun it... You’ve used it in every ad,” she said.

Van Drew responded that sometimes ads are effective because “we don’t want to hear the truth.”

Unlike two years ago, when the debate at Stockton’s Galloway Township campus was packed with people in the audience, and food was served, Thursday’s debate adhered to COVID-19 protocols.

About a dozen or so Kennedy supporters stood on the corner outside the debate hall, holding her campaign signs as well as Biden-Harris flags.

Kennedy met with the group and posed for some photos with them before the debate.

There did not appear to be a similar group around the debate hall for Van Drew.

Van Drew was elected in 2018 but switched parties because he opposed impeachment of Trump. His embrace of the GOP led to an Oval Office meeting with the president, during which he pledged his “undying support.”

Asked Thursday what that meant, Van Drew said he supports the presidency.

He deflected concerns from Democrats angered over his party change, downplaying how much weight voters give to a candidate’s political party.

“People voted for me because I’m Jeff Van Drew,” he said. “I was concerned about standing up for South Jersey.”

The president thanked Van Drew with a rally in Wildwood, and later a prime time speaking role at the Republican National Convention.

Polls have shown Kennedy with a slight lead in the swing district. Trump carried the district in 2016, though Van Drew won as a Democrat two years later. Before his victory, Republicans had held the congressional seat for over two decades.

The 2nd District covers much of southern New Jersey and includes parts or all of Atlantic, Burlington, Camden, Cape May, Cumberland, Gloucester, Ocean and Salem counties.

Kennedy has run ads on Philadelphia market TV focusing on her biography and as well as health care arguing in favor of protecting coverage for pre-existing illnesses.

Van Drew has been airing radio ads recently, but also had a video spot that featured Trump endorsing him. Van Drew is a dentist and served as a state lawmaker for 16 years. He served as a conservative-leaning Democrat in the state Senate and the Assembly before that until he won the House seat two years ago.