PHILADELPHIA - "Say her name,” said a sea of people chanting in memory and in honor of Dominique Fells known to many as Rem’mie. The transgender woman's life was brutally taken back in June.

Members of the Black LGBTQ community organized the vigil Friday on the 700 block of South 50th Street in West Philly.

Dozens lit candles and placed flowers at a mural bearing Rem’mie's name. Her uncle Roland Williams spoke on behalf of the family.

"The support is tremendous. It’s something that we couldn't think of," said Williams who also shared memories of his niece. 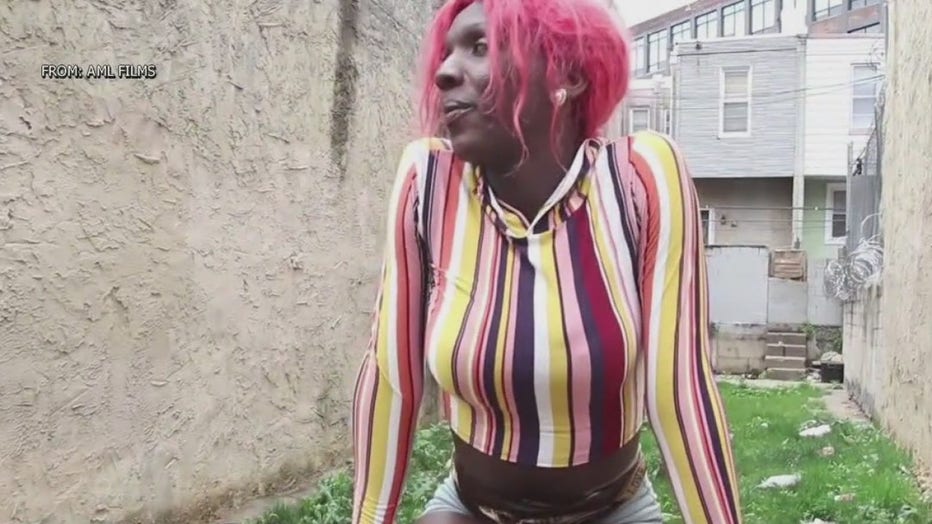 "Rem’mie was just always having a good time and laughing. We have a lot of family get togethers, she loved being around her cousins, uncles and aunts. She likes to eat and have a good time."

He also says she had a bright future which included her love of fashion.

"She was great at sewing, great at taking old clothes and making them into something fashionable for her. The sky was unlimited for her. Unfortunately, it was cut short," said Williams.

It was the night of June 8 around 8:30 p.m. that police say Rem’mie's body was found in the water near the 4600 block of South Schuylkill River Trail. Her legs were severed. Police have been looking for 36-year-old Akhenaton Jones in connection with Fell's murder.

On Friday, members of the trans community demanded to feel safe and protected in the communities where they live so that what happened to Rem’mie doesn't happen to another Black trans woman in this city or anywhere.

The vigil was also a fundraiser to benefit three causes organizers say Rem’mie's mother picked. One is Morris Home which is Philly’s LGBTQ recovery house.

Anyone with information on the suspect Akhenaton Jones is encouraged to contact police by dialing 911, contacting the PPD Tipline (215-686-TIPS), submitting an online tip at phillypolice.com, or contacting the Homicide Unit directly at (215-686-3334).