PHILADELPHIA - She sure doesn't look it but at 100 years old, Evelyn Summers is still giving piano lessons. The one-time professional pianist loves sharing her musical gift with other seniors in her condo in Philadelphia's West Mount Airy neighborhood. Summers started playing when she was 6 years old.

"It gives me a great sense of joy, great contentment playing the piano and simply love teaching," she told FOX 29. 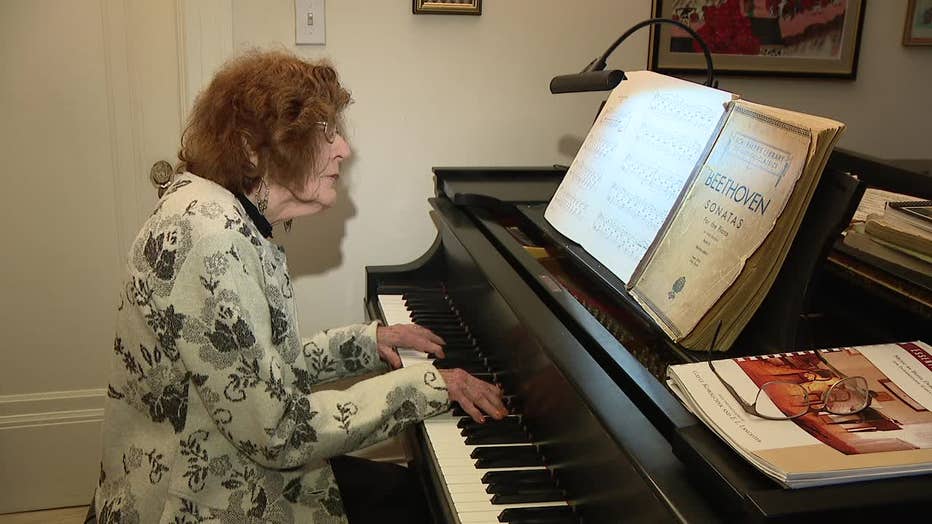 She gets dressed up every day. She says she got her ears pierced when she was 85 and has a closet full of jewelry because she says you have to look good because you just don't know who is gonna stop by.

"I think that it's terribly important to have a lot of friends," she said.

Summers was born in Sept. of 1919. She has seen dramatic change over the years, but this great-grandmother has no problem keeping up with the times.

"I have a desktop, a laptop, iPhone and I have an iPad. I think you have to," she said.

With her rescue dog named Ramie by her side, Summers says she'll continue to play the piano as long as she can and is ready to see what's next.

"I think I'm the luckiest person in the world. I've had such an incredible life," Summers said. "I'm aiming for 112 that's what I'm aiming for now."