Presidents who lost the popular vote

The Electoral College and popular vote have only misaligned five times throughout 200 years of presidential elections.

The people’s votes have been counted — and recounted, in some cases — but now there’s no mystery about who will be the next president of the United States. Joe Biden will call the White House home come Jan. 20.

But although the popular vote has been tallied, the electoral votes must be cast and counted before Biden takes his place behind the Resolute Desk.

RELATED: What happens after Election Day on Nov. 3?

Meeting of the electors

Title 3, Section 7 of the United States Code mandates electors meet on the first Monday after the second Wednesday of an election year. This year, that falls on Dec. 14.

Most states welcome their electors into their Capitol, while a few hold them in other government buildings — such as the secretary of state’s office, the governor’s office or the office of the director of elections.

The U.S. Constitution does not dictate who gets to be an elector, though it bars any U.S. senators or representatives, or people holding an office of trust or profit under the United States.

Political parties at the state level take charge of choosing electors, according to the National Archives.

Party loyalists, state officials or people with personal affiliations with the nominee are often selected to represent the candidate as an elector.

For example, former President Bill Clinton served as an elector in New York in 2016, casting his vote for his wife Hillary. This year, Hillary Clinton will be a part of New York’s slate of electors pledged to Biden.

Ceremonies vary from state to state, but all of them follow a similar template. They begin with patriotic traditions, like the Pledge of Allegiance or “The Star-Spangled Banner.”

In the past, states with more electors — like New York and Pennsylvania — appointed officers to preside over their electoral colleges. Gov. Andrew Cuomo served as president of New York’s in 2016.

That same year in Alaska, which finds itself among the states with just three electors, held its ceremony without choosing officers.

According to the National Conference of State Legislatures, each elector casts a single vote for president and another for vice president, then signs the ballot.

Copies of the ballot are sent to several places. As president of the Senate, the office of Vice President Mike Pence receives the electors’ ballots.

Pence will preside over the counting of the votes in the Jan. 6 meeting in Congress.

Other copies go to the state's secretary of state, the National Archives and Records Administration, and the presiding judge in the district where the electors meet. This is just a contingency in case the official ballots get lost or destroyed before being counted.

It is rare, but there have been cases of electors breaking their commitment to a candidate in the December meeting. These are known as faithless electors.

Still, the Supreme Court ruled unanimously in July 2020 that states can require presidential electors to back their states’ popular vote winner in the Electoral College.

The President of the Senate must have all of the electors’ ballots by the Dec. 23 deadline, though there is no penalty for tardiness.

Counting of the electoral ballots

On Jan. 6, a joint session of Congress will convene at 1 p.m. to count the electoral votes.

As is often the case in presidential elections, the sitting vice president appears on the ballot. Though Pence will preside over the meeting, the Electoral Count Act of 1887 limits his role to little more than a custodian of the ballots.

The vice president must “open all certificates and papers purporting to be certificates,” the act states.

Four designated tellers will be on hand — two who had been previously appointed by each chamber of Congress. They are the ones who will count the actual votes.

Once the vice president opens the certificate, it is passed to each teller. The tellers will read the ballots aloud and make a list of the votes, the act states.

RELATED: The Electoral College: How does it work? Why do we have it? Could it ever change? Here’s what you need know

This process can run rather swiftly for low-population states, like Montana, the Dakotas and Wyoming, who each have just three electoral votes. But it can take some time for populous states like California, Texas and New York, who enjoy dozens of electors.

The candidate who receives 270 of the 538 electoral votes will win the presidency. The winner will have known his fate weeks prior to this, spending the lame-duck period organizing a transition team.

But since 538 is an even number, that leaves the possibility of a 269-269 tie. The Constitution, however, has contingencies for such an occasion.

In the event of a tie, the House will hold a contingent election to choose the next head of state. In this scenario, state delegations each cast a single vote. So instead of having to win a majority of the 438 votes in the House, a candidate would only have to win 26 states. 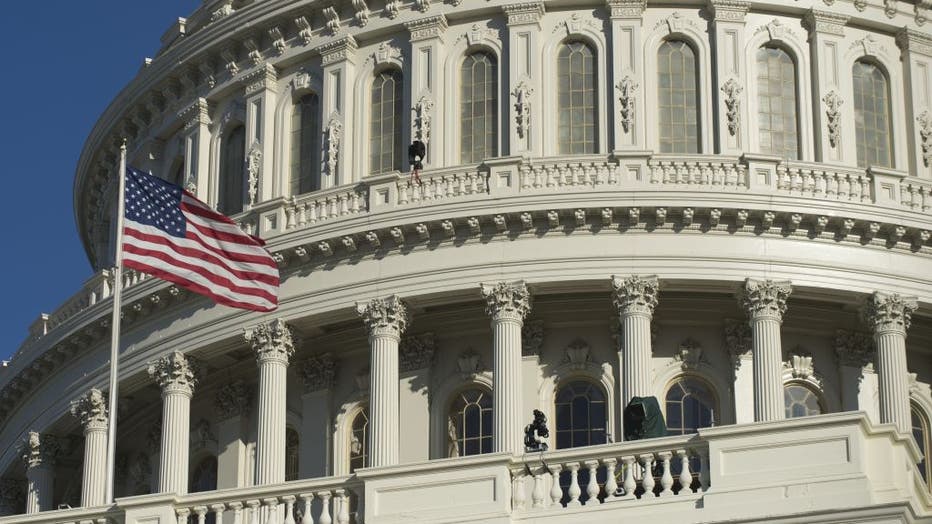 Although both of these contingencies make further deadlocks improbable, they don’t remove the possibility of another tie.

Should the House fail to produce a president by Inauguration Day, the vice-president-elect will become acting president until the matter is resolved.

But if the Senate hasn’t named a vice-president-elect, the Presidential Succession Act of 1947 dictates the presidency will fall to the speaker of the House.