Whistleblower would like to speak to Congress, says chairman of House intelligence committee

California Rep. Adam Schiff said Tuesday the committee has been contacted by the whistleblower's counsel and, 'their client would like to speak to our committee and has requested guidance from the Acting DNI as to how to do so.'

WASHINGTON, D.C. - The chairman of the House intelligence committee says a whistleblower who has been blocked by the Trump administration would like to speak to Congress.

The whistleblower, whose identity is unknown, lodged a formal complaint with the inspector general for the intelligence community, but the acting director of national intelligence, Joseph Maguire, determined that it could not be forwarded to Congress.

The complaint at least partly involves President Donald Trump's interactions with the leader of Ukraine.

California Rep. Adam Schiff said Tuesday the committee has been contacted by the whistleblower's counsel and "their client would like to speak to our committee and has requested guidance from the Acting DNI as to how to do so."

Schiff said the committee is in touch with the counsel and looks forward to the testimony "as soon as this week."

Congress on Monday pressed for full disclosure of a whistleblower's complaint about Trump and pushed the White House to release a transcript of Trump's call with the Ukraine president.

The president has acknowledged the phone call. On Monday, he said he didn't want to give money to Ukraine — if there were corruption issues.

Later Monday, Trump denied telling the Ukraine president that his country would only get U.S. aid if it investigated Biden's son. "I didn't do it," he said. 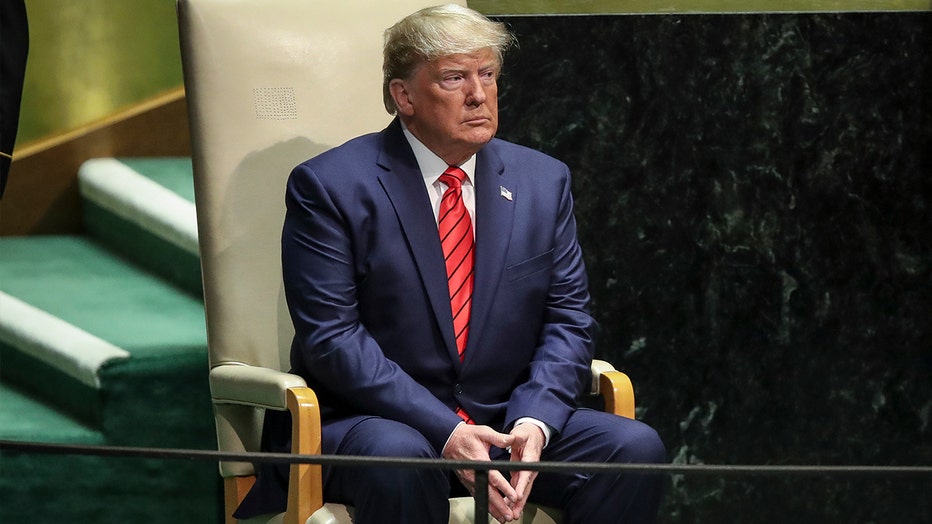 The whistleblower who made a complaint about U.S. President Donald Trump who has thus far been blocked by the Trump Administration is requesting to speak to Congress, chairman of the House intelligence committee says. (Drew Angerer/Getty Images)

Pelosi said Sunday that unless the administration provides more information to Congress by the scheduled Thursday hearing at the intelligence committee, its officials "will be entering a grave new chapter of lawlessness which will take us into a whole new stage of investigation."

Trump has sought, without evidence, to implicate Biden and his son Hunter in the kind of corruption that has long plagued Ukraine. Hunter Biden served on the board of a Ukrainian gas company at the same time his father was leading the Obama administration's diplomatic dealings with Kyiv. Though the timing raised concerns among anti-corruption advocates, there has been no evidence of wrongdoing by either the former vice president or his son.

The matter is under new scrutiny following the whistleblower's mid-August complaint, which followed Trump's July 25 call with Ukraine's president. The person who filed the complaint did not have firsthand knowledge of the call, according to a person familiar with the matter.

Lawmakers are demanding details of the complaint, but the acting director of national intelligence, Joseph Maguire, has refused to share that information, citing presidential privilege. He is set to testify Thursday before the House.