Going shopping? Here are the major retailers that are requiring customers to wear masks

Amid the rise in COVID-19 cases across the U.S., national retailers have rolled out new policies that will require customers to wear facial coverings while shopping in stores.

WASHINGTON - A recent unpublicized White House document prepared by the coronavirus task force and obtained by the Center for Public Integrity on Thursday shows that 18 states are currently in the “red zone” for coronavirus cases.

The nonprofit newsroom based in Washington, D.C. published the document, which was dated July 14, saying that it appeared to have been circulated within the federal government, but not publicly.

According to the Center for Public Integrity, the document indicates the 18 “red zone” states “had more than 100 new cases per 100,000 population last week. Eleven states are in the ‘red zone’ for test positivity, meaning more than 10 percent of diagnostic test results came back positive.”

RELATED: ‘Science should not stand in the way’ of schools reopening, says White House press secretary

The document gives specific guidance on dealing with the crisis in each state, which includes:

“The fact that it’s not public makes no sense to me,” Dr. Ashish Jha, director of the Harvard Global Health Institute, told the Center for Public Integrity Thursday. “Why are we hiding this information from the American people? This should be published and updated every day.”

California, Arizona, Texas and Florida together reported about 36,000 combined new coronavirus cases Wednesday as restrictions aimed at combating the spread of the pandemic took hold in the United States and around the world in an unsettling sign reminiscent of the dark days of April.

RELATED: COVID-19 and multisystem inflammatory syndrome in children: What parents need to know

The soaring counts of confirmed infections and a mounting death toll led the mayor of Los Angeles to declare that the nation's second-largest city is on the verge of resorting to a shutdown of all but essential businesses. More school districts made plans to start the fall semester without on-site instruction, and the 2021 Rose Parade in California was canceled.

Other events went ahead undeterred. Thousands of auto-racing fans gathered at Bristol Motor Speedway in Tennessee for a NASCAR event. Officials allowed 30,000 at the track, and the event marked the largest sporting event since the pandemic began four months ago. Disney World moved forward with the rolling opening of its Florida theme parks. 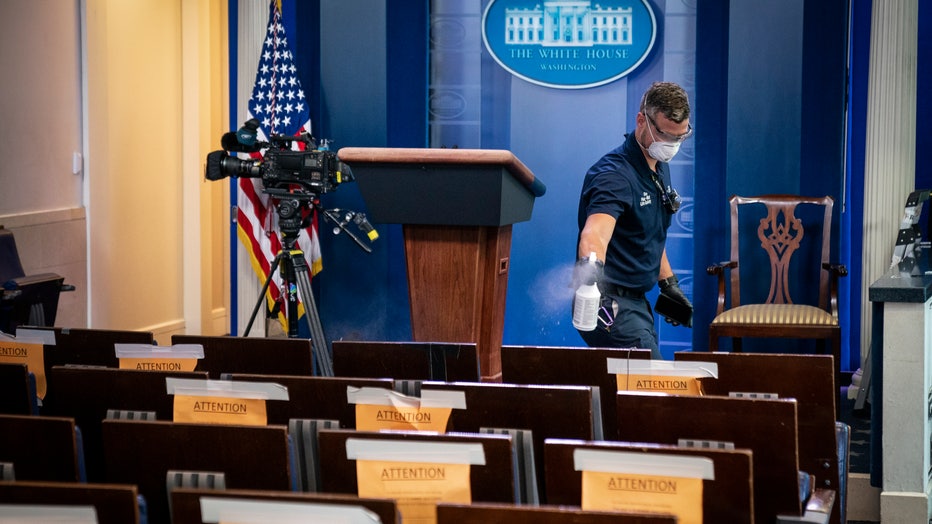 FILE - A worker sprays seats with disinfectant in the press briefing room of the White House on July 16, 2020 in Washington, DC. (Photo by Drew Angerer/Getty Images)

In Texas, which again set a record for confirmed new cases, with nearly 10,800, Republican Gov. Greg Abbott has increasingly emphasized face coverings as the way to avoid another lockdown.

Montana Gov. Steve Bullock required masks at indoor public spaces and at larger outdoor gatherings in counties where four or more people are known to have COVID-19. The Democrat's order came as the state reported a record number of new confirmed cases.

In Ohio, Gov. Mike DeWine, who has faced criticism from fellow Republicans over business closures, gave a televised address with an emotional appeal to residents to make sacrifices to protect their neighbors. But he stopped short of mandating masks.

Among the sternest measures were in New York, where Democratic Gov. Andrew Cuomo added to a list totaling 22 states whose visitors will be required to quarantine for two weeks if they visit the tri-state region. Out-of-state travelers arriving in New York airports from those states face a $2,000 fine and a mandatory quarantine order if they fail to fill out a tracing form.

The broad reach of the virus has brought scrutiny to governors' decisions. Oklahoma Gov. Kevin Stitt, a first-term Republican governor who has backed one of the country's most aggressive reopening plans, became the first U.S. governor to announce that he had tested positive for COVID-19. He plans to quarantine at home.

The White House press secretary addressed the ongoing debate on if schools should reopen in the fall amid the current pandemic.

Stitt, who has resisted a statewide mandate on masks and rarely wears one himself, attended President Donald Trump’s rally in Tulsa last month, which health experts have said likely contributed to a surge in coronavirus cases there. Stitt said he’s confident he didn’t contract the virus at the gathering.

Still, the Republican governor on Tuesday wore a mask while speaking publicly for the first time — at a roundtable news conference with Miami-Dade County mayors.

“We have broken single-day records several times this week, and there’s nothing about it that says we’re turning the corner or seeing light at the end of the tunnel. I don’t see that in the numbers," said Dr. Nicholas Namias, chief of trauma and surgical critical care at Jackson Memorial Hospital.

He said diminishing bed capacity is creating problems at the Miami medical center.

“We’re getting to the point where it’s going to be full. We have gridlock, and we won’t be able to take patients, and they’ll just be stacked in the ERs,” Namias said. 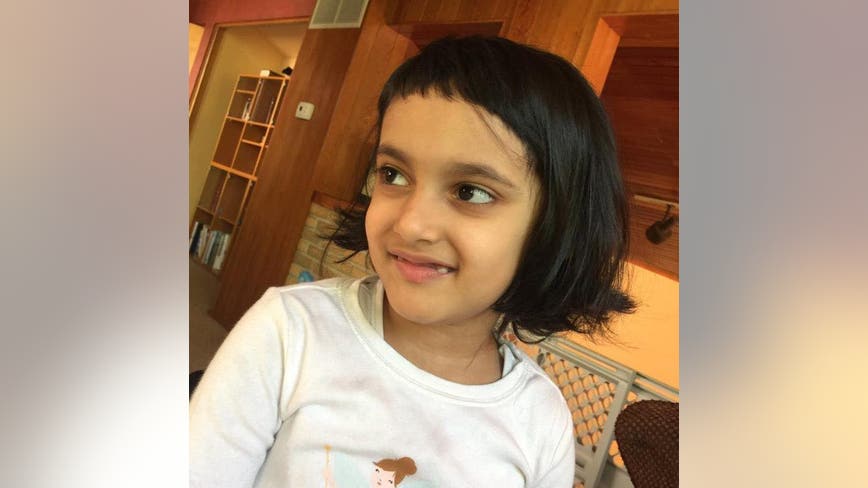