The Wildwood Boardwalk is in dire need of repairs. The structural issues are even making the iconic tram car rides shorter.&nbsp;FOX 29's Hank Flynn reports.

WILDWOOD, N.J. - The Wildwood Boardwalk is in dire need of repairs. The structural issues are even making the iconic tram car rides shorter.

FOX 29's Hank Flynn went to go check it out.

The signs went up Thursday morning reading, “No Vehicles Beyond This Point." 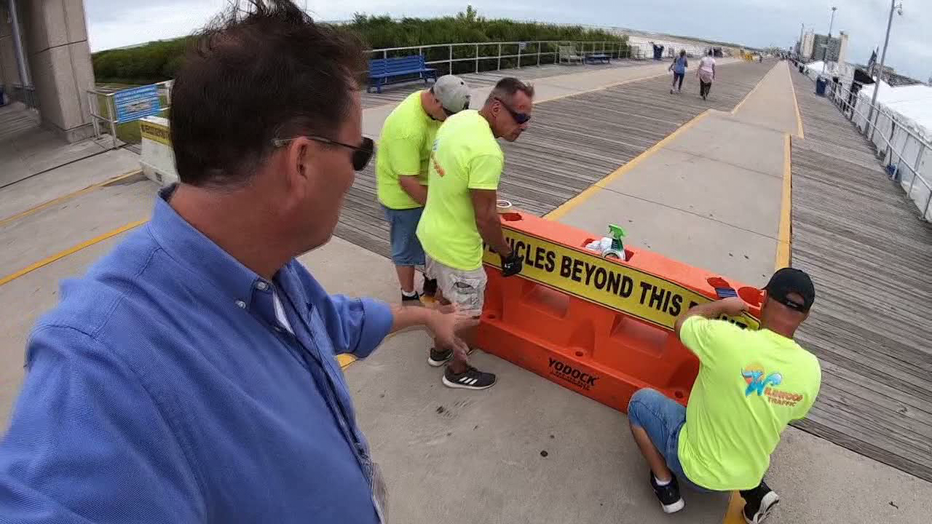 The tram won’t run south of the Convention Center until the boardwalk is shored up, which will cost an estimated $60 million that Wildwood Mayor Ernie Troiano says New Jersey governor Phil Governor Murphy promised then vetoed last week.

"He said we love the boardwalk. My family really enjoys coming to Wildwood, and we understand your plight, and we’ll do what we can to help you. Again, we’re gonna talk about the war between the north and the south," Mayor Troiano told FOX 29's Hank Flynn.

The mayor adds he only wants some of what Wildwood has given the state in taxes many times over through the years.

Ben Rose, of Wildwoods Convention Center, says a boardwalk fix should be a state investment in itself.

"We're a big economic engine for Cape May County and the state. We provide millions of dollars to the state general fund so I think it's an investment," he explained.

Governor Murphy‘s office sent a statement saying the legislature had not appropriated money for a boardwalk fix and the governor’s notes from the veto say that left him one choice to return the bill unsigned.