Biden gives emotional farewell to Delaware ahead of Inauguration

President-elect Joe Biden attended a send-off event in Wilmington, Delaware, a day before he will be sworn in to office, and shared his ties to the state and remembered his late son Beau.

WASHINGTON - On Wednesday, as President Joe Biden began his duties as commander in chief, several touching photographs — including a photo with his late son Beau Biden — were featured prominently in the Oval Office behind the Resolute Desk.

With Beau's photo behind him, Biden began his term signing 17 executive orders on Wednesday, including a mask mandate on federal property and the rejoining of the Paris climate agreement — and it is likely that Beau's legacy will continue to be an influence on the president's decisions over the next four years. 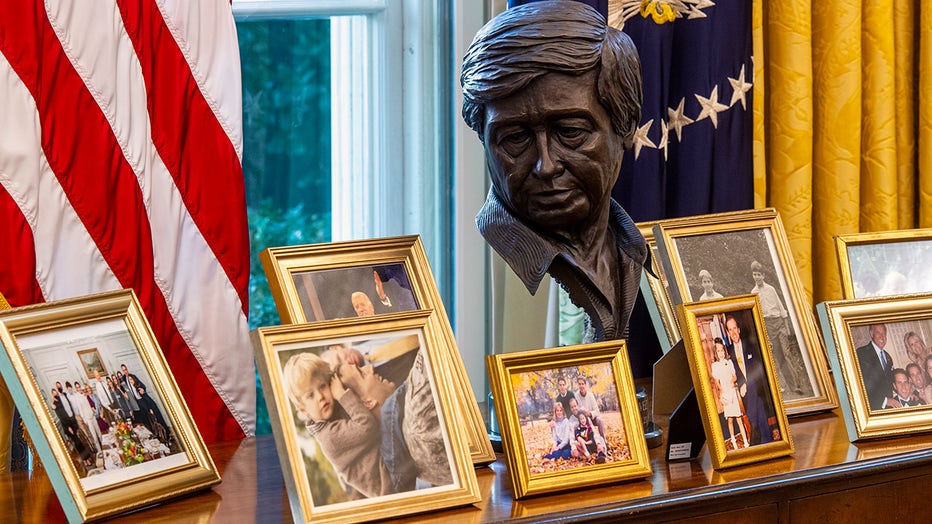 A sculpted bust of Cesar Chavez oversees a collection of personal framed photos on a table seen during an early preview of the redesigned Oval Office awaiting President Joseph Biden at the White House in Washington, DC. ((Credit: Bill O'Leary/The Washington Post via Getty Images))

"My dad has always been there for me, my brother, and my sister, every day. But because of other duties, it won't be possible for me to be here this fall to stand by him the way he stood by me. So I have something to ask of you. Be there for my dad like he was for me." Those were the words spoken by Beau in 2008 at the Democratic National Convention, where he introduced his father, then-Sen. Biden from Delaware, who was nominated for vice president.

In August of 2020 on the last night of the most recent Democratic National Convention, Biden, 78, would be the presidential nominee, and his introduction would be equally as somber and inspiring, as a video montage of the late Beau would air highlighting his life and accomplishments.

Kamala Harris: Biden’s son Beau ‘really was the best of us’

Sen. Kamala Harris, speaking at her unveiling as the Democratic vice presidential nominee, talks about knowing Joe Biden's late son, Beau, and thanks the Bidens for placing their trust in her.

Beau, a former National Guardsman and the eldest son of the president, died in 2015 at age 46 of brain cancer. Beau also served in Iraq with the Delaware Army National Guard and served two terms as Delaware attorney general.

"Beau is with me every single day. If he was here tonight, he would remind me 'just be who you are.' I'm a better person because of him," Biden wrote on social media after the DNC tribute. 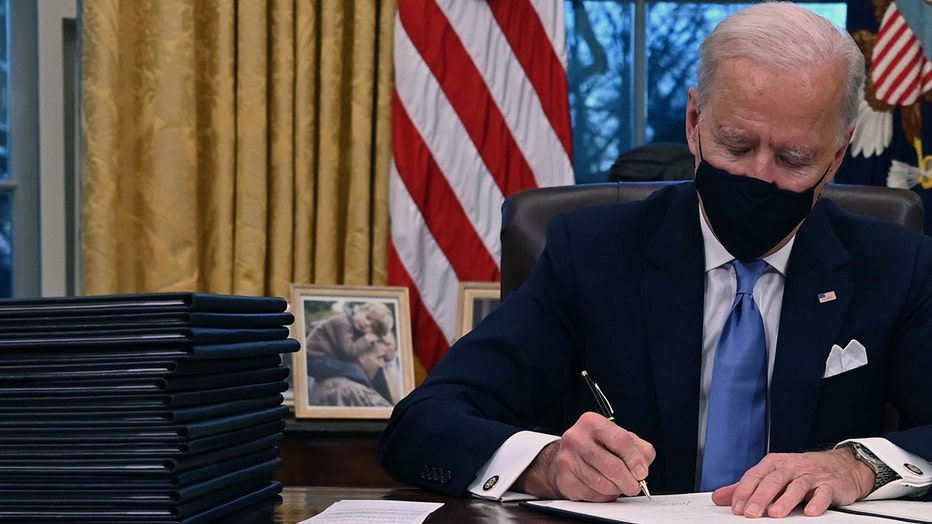 Joe Biden at his desk in the Oval Office of the White House. Earlier in the day he was sworn In as 46th President of the United States on January 20, 2021 in Washington, DC.

After Beau's death in May 2015, Biden decided not to run in the 2016 election, as he was still dealing with the grief of losing a son.

"As my family and I have worked through the grieving process," Biden said at the time, "I've said all along that it may very well be that that process, by the time we get through it, closes the window on mounting a realistic campaign for president."

But about four years later, on Jan. 20, 2021, Biden was sworn in as president of the United States after deciding to run in the 2020 election and winning.

On Tuesday, just one day before being sworn in as president, Biden made an emotional farewell speech at the Major Joseph R. "Beau" Biden III National Guard/Reserve Center in Delaware, named after his late son.

The 46th president paid tribute to his late son. 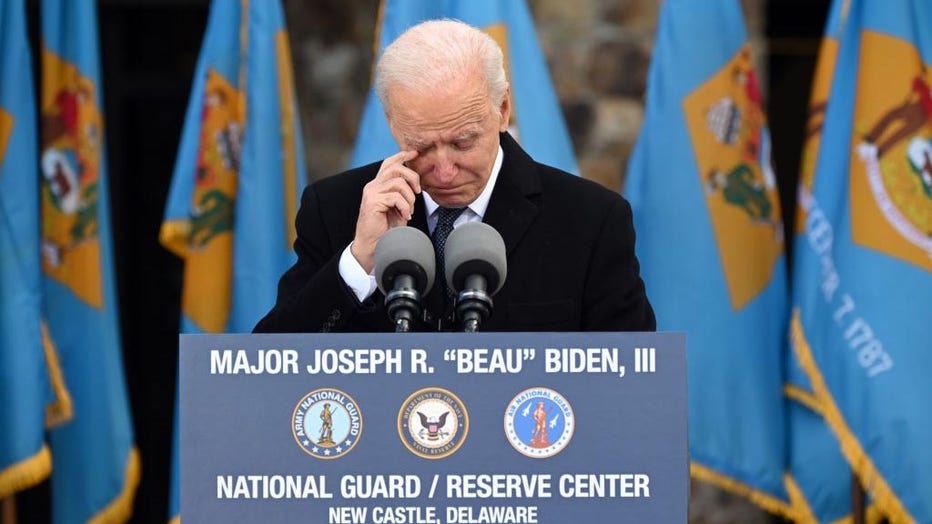 "Excuse the emotion, but when I die, Delaware will be written on my heart. And the hearts of all. We love you all. You've been there for us in the good and the bad. You never walked away. And I am proud, proud, proud, proud to be a son of Delaware," Biden said. "And I am even more proud to be standing here doing this from the Major Beau Biden facility. Ladies and gentlemen, I only have one regret: He's not here," Biden said tearfully. "Because we should be introducing him as president."