Philadelphia police say a woman has died after a shooting and car crash in the city's Juniata Park neighborhood.

JUNIATA PARK - A young woman has died after Philadelphia police say she was shot in the city's Juniata Park neighborhood.

Officers responded to the 900 block of East Cayuga Street for a report of a shooting.

When officers arrived they found the 28-year-old female victim in the passenger seat of a green Chevy Cruze. She was suffering from multiple gunshot wounds and transported to Temple University Hospital. 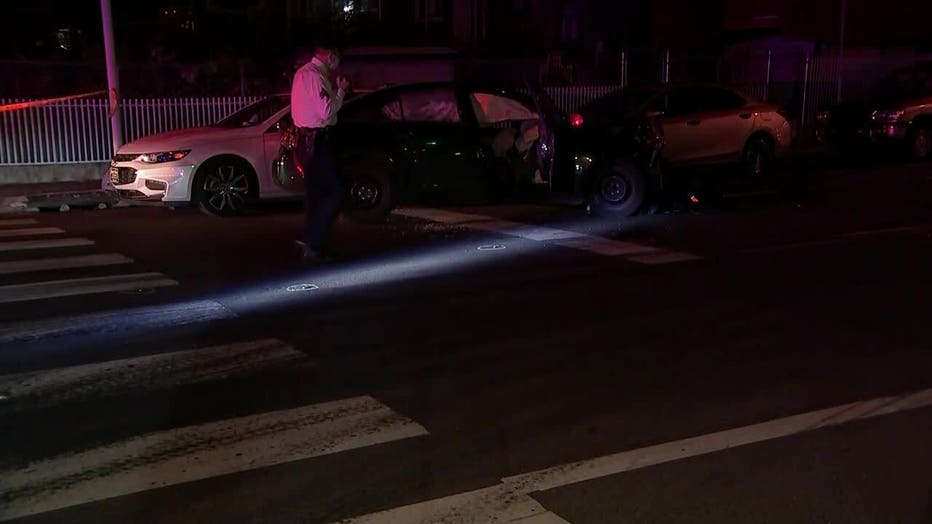 A 28-year-old woman has died after police say she was shot, then involved in a car crash in Juniata Park.

She succumbed to her injuries a short time later.

Police say the suspects were traveling in a small light-colored sedan with tinted windows.