Texas woman wakes up to blood dripping on her from ceiling

The woman awoke after she felt something dripping on her body. She assumed it was raining outside and thought a leak had sprung from the apartment above hers. She was horrified to find that the dripping liquid was blood. (Warning, graphic photos in this video may be distressing.)

EL PASO, Texas - An El Paso woman is seeking legal damages as well as mental health support after she woke up in the middle of the night to blood dripping from her ceiling and splattered throughout her room.

Ana Cardenas, 58, awoke around 4 a.m. on May 8 after she felt something dripping on her body. She assumed it was raining outside and thought a leak had sprung from the apartment above hers.

But when Cardenas turned her light on to investigate, to her horror, her entire bedroom was sprayed with blood and she had blood on her bed as well as on her body. 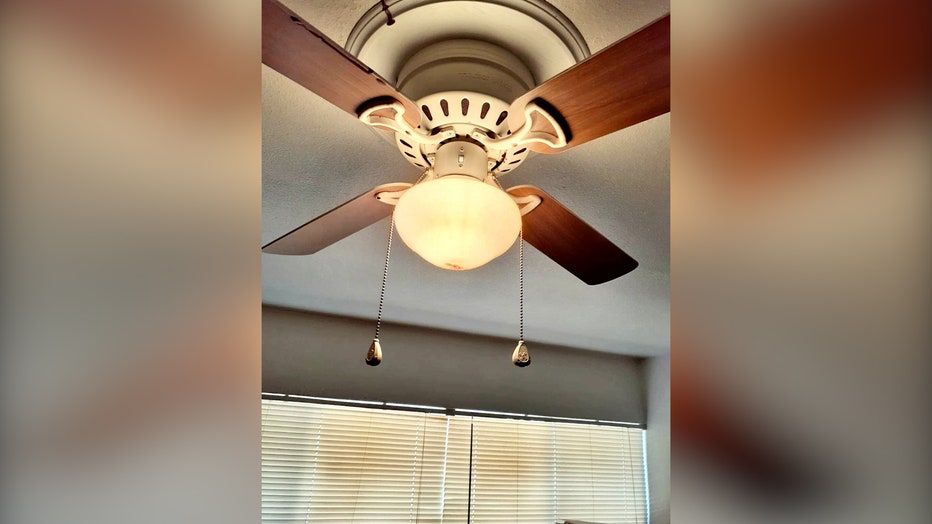 Blood seen on fan blade and in fanlight.

Cardenas had left the fan on in her bedroom and as the blood seeped from the apartment above hers, the fan sprayed her entire bedroom with blood, ruining her mattress, clothes and furniture.

Editor’s note: The images below are graphic and may be distressing to some.

RELATED: ‘Just came out of nowhere’: Mom who gave birth on flight to Hawaii says she didn’t know she was pregnant 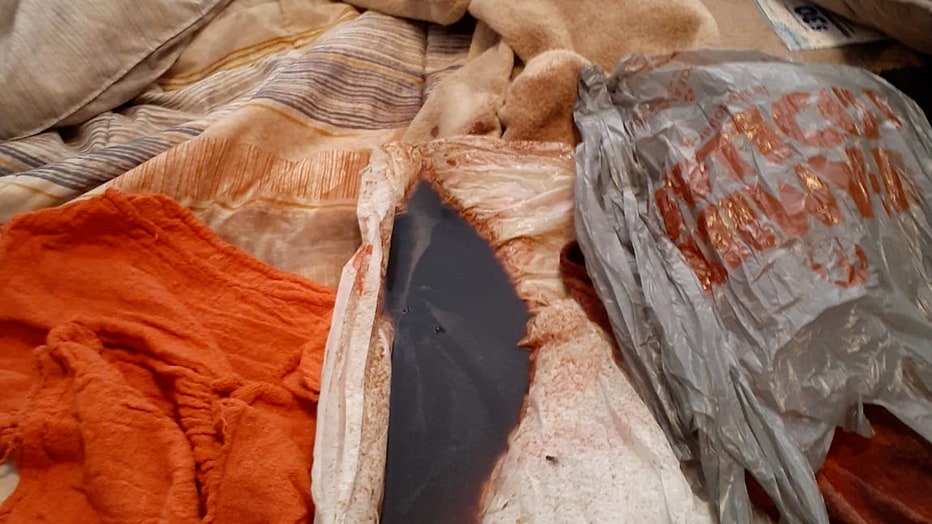 Cardenas called 911 and the stench became so unbearable, she ran out of her apartment and waited for police to arrive outside.

Guillermo Terrazas, Cardenas’ older brother, drove from Arizona to help his sister and told FOX TV Stations that she is traumatized.

"It was so ugly and awful. She thought she was in a bad dream but it was real," Terrazas said.

Once police arrived at Cardenas’ apartment, they went to the apartment above hers to investigate what was causing the leak, but when officers knocked on the door, no one answered.

Police resorted to breaking down the door and unfortunately found the tenant of the apartment deceased inside. His decomposing body was lying right above Cardenas’ bedroom, Terrazas said.

"He had been dead for several days," Terrazas said, according to police. "His fluids leaked through the floor and through her ceiling."

Terrazas said his sister had only ever exchanged pleasantries with her upstairs neighbor but did not know his name, and neither did the neighbors.

Hazmat crews were called to the scene and unfortunately for Cardenas, any of her belongings that were sprayed with blood had to be disposed of, leaving her with basically nothing. 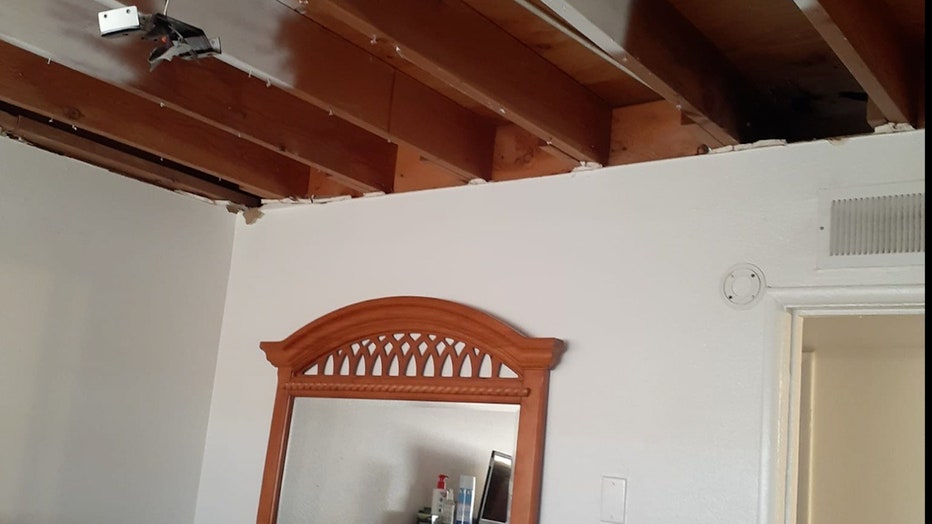 After hazmat cleared out the ceiling to remove any contamination.

Cardenas is seeking to recoup her losses and has asked the apartment management to compensate her, but according to Terrazas, management is no longer responding to her calls.

In the meantime, a family member has set up a GoFundMe account to help Cardenas recover all of the items she lost.

Cardenas has also sought medical treatment as she is unsure if the blood that made contact with her body contained any pathogens. Her brother also told FOX TV Stations that she is seeking counseling since the incident has traumatized her.

She is actively searching for a new apartment as the management only paid for a few days stay at a local hotel, Terrazas said.

The family is in contact with a lawyer and plans to file a lawsuit against the apartment management, Terrazas confirmed.