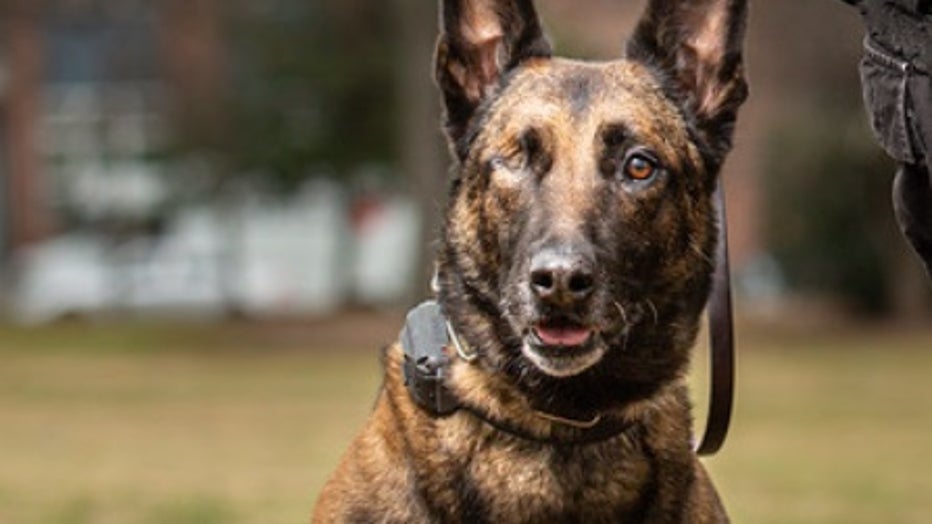 A year after K-9 Indi was back on the force after a shooting where he lost his eye, he helped police catch suspect in a fatal hit-and-run. (DeKalb County Police Department)

Police say they believe that around 11 p.m. Sunday, 34-year-old Kenzie Flagg was driving on Moreland Avenue when he hit another vehicle at the intersection of that road and Eastland Road.

Instead of waiting for police, officers say Flagg fled the scene, leaving his 40-year-old passenger and the driver of the other vehicle injured at the scene.

The other driver, described as being in his early 70s, later died at a local hospital.

MORE: K-9 Officer Indi returns to duty after being shot

During the search, K-9 Officer Indi found Flagg hiding in a drain pipe nearby. The suspect surrendered around 4 a.m. and was taken into custody.

Flagg was transported to a local hospital. He's been charged with a number of charges, including vehicular homicide. Police believe alcohol may have been a factor in the accident.

Indi had been shot in December of 2018 while searching for a suspect who shot a 24-year-old DeKalb County Police officer following a traffic stop.

The K-9 officer was able to track the suspect down to his hiding place, at which time police say the man opened fire. Indi lost his eye in the shooting.

After months of recovery and rehabilitation, Indi was back on the job in March of 2019.