NEW YORK (AP) - The heat is on — and the games haven't even kicked off yet.

That's life in the NFL for some coaches who enter the regular season knowing they need to guide their squads through what will be a most unusual regular season, and at least keep them in playoff contention into December.

Some might even need to reach the postseason to avoid the unemployment line. 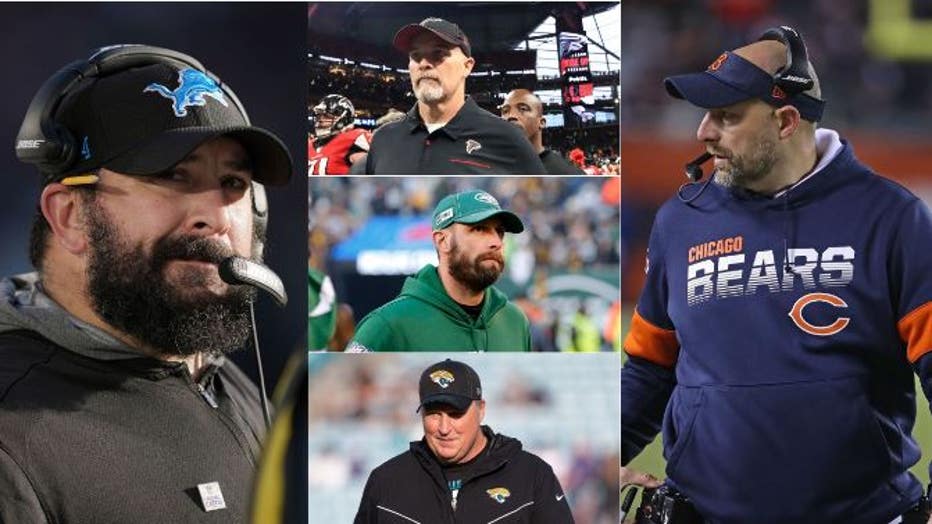 While there's still so much uncertainty outside the football fields because of the coronavirus pandemic, these coaches can count on getting plenty of attention for their work on NFL sidelines this season:

Sure, he has only been on the job for one season, but his previous stint in Miami — 23-25, and 0-1 in the playoffs — had many Jets fans skeptical when he was hired. The stunning ineptitude of New York's 32nd-ranked offense last season only increased the criticisms of Gase, whose primary task is to help third-year quarterback Sam Darnold make a leap in progress.

“He’s got a lot more control of the offense this year,” Gase said of Darnold. “He’s not thinking when the play comes in. It’s just more of a reaction now for him. He’s able to just really process things so much faster.”

RELATED: Giants and Jets will play football in an empty MetLife Stadium

Gase, of course, dealt with Darnold missing three games because of mononucleosis, a shaky offensive line, key injuries and his own inconsistent play calling. But, he brought the Jets back from a 1-7 start to finish 7-9. Darnold was solid down the stretch and that provided a glimmer of hope.

Team CEO Christopher Johnson hasn't issued a mandate for the Jets to make the playoffs, something they haven't done since the 2010 season, and a slight dropoff in overall record from last year might even be tolerated — as long as Gase gets Darnold to produce like a franchise-type quarterback.

It's hard to believe Jacksonville was a win at New England away from making the Super Bowl three seasons ago. And, Marrone almost pulled it off with Blake Bortles as his quarterback.

The Jaguars are just a shell of that squad now, with Bortles, cornerback Jalen Ramsey, defensive ends Calais Campbell and Yannick Ngakoue and running back Leonard Fournette all gone. So is Tom Coughlin, who was fired as the team's executive vice president of football operations.

That has some wondering if Jacksonville is tanking this season in favor of a rebuild — which would put Marrone's job status in serious jeopardy.

“I can’t speak for anyone else, but if that is the case, then the realization is that if that happens I’m not going to be here,” Marrone said. “At the end of the day, if I don’t win enough games or I don’t do enough with this team, I don’t foresee me still being employed."

Wait, really? Just two seasons removed from being selected the AP NFL Coach of the Year?

Well, maybe the seat's more sort of warm than actually hot. But like Gase and the Jets, Nagy's future is likely tied to the performance of his quarterback. And who that will be remains a big question.

RELATED: Bears looking to bounce back with Trubisky or Foles at QB

Remember, GM Ryan Pace and the Bears traded up to No. 2 in 2017 — the year before Nagy arrived — to draft Mitchell Trubisky. After a shaky rookie season, Trubisky appeared to take positive steps under Nagy in 2018 while helping Chicago to the playoffs. But the quarterback took a big step back last season and is now competing with veteran Nick Foles to be the starter.

Nagy's choice will go a long way toward determining the Bears' season — and his and Pace's standing with the franchise.

After being one of Bill Belichick's proteges in New England, Patricia came to Detroit with his bushy beard and winning pedigree. A 9-7 finish in his first season looked promising. But since? Two straight last-place finishes in the NFC North and a 9-22-1 record.

Quarterback Matthew Stafford was hurt for half of last season, so it's tough to fault Patricia on that. But Detroit's defense, which was supposed to be Patricia's specialty, hasn't lived up to expectations. The Lions finished last in yards passing allowed and second-to-last in total yards allowed. They also lost star cornerback Darius Slay in free agency, but drafted Jeff Okudah third overall to help replace him.

One other key change: coordinator Cory Undlin will call the defensive plays instead of Patricia this season.

“It’s free reign where I get to help and sometimes I see the game a little bit differently from my lens as the head coach," Patricia said.

That 28-3 halftime lead over New England in the Super Bowl four seasons ago is a distant memory.

Atlanta made the playoffs again the following year and won in the wild-card round, but Quinn's squad has consecutive 7-9 finishes since. There was serious doubt he'd even make it through last season when the Falcons opened 1-7. But Quinn helped flip things around in the second half to end on a respectable note.

A bad start this year, though, might be tough to recover from for Quinn in his sixth season. And the NFC South could be one of the NFL's toughest division with Drew Brees and the New Orleans Saints, and the Tom Brady-led Tampa Bay Buccaneers.