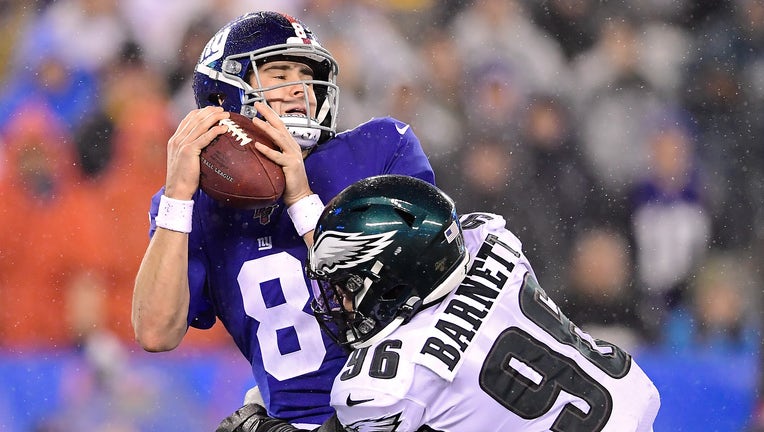 Derek Barnett #96 of the Philadelphia Eagles sacks Daniel Jones #8 of the New York Giants during the second half at MetLife Stadium on December 29, 2019 in East Rutherford, New Jersey. (Photo by Steven Ryan/Getty Images)

Barnett originally signed a contract for 4 years for $12.85 million, plus a $7.5 million signing bonus. He’ll make an additional $10 million for 2021 after picking up the 5-year option.

Barnett was selected 14th overall in the 2017 NFL draft by the Eagles.

Barnett has recorded 67 tackles, 14 sacks and three forced fumbles in his 4 years with the Eagles but has missed 12 games due to injuries over the last two seasons.

Fans should expect to see plenty of Barnett this season as part of what should be a stacked defensive line featuring Brandon Graham, Fletcher Cox, Malik Jackson, and newly signed Javon Hargrave.