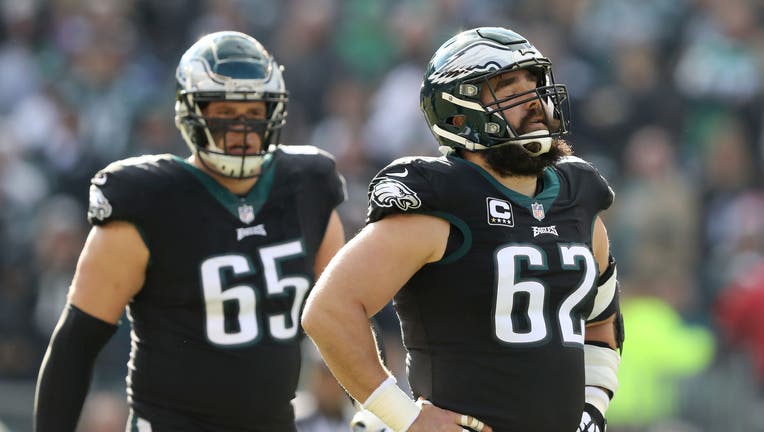 Center Jason Kelce was named a first-team All-Pro for the fourth time in his career. He was also selected to his fifth Pro Bowl this season, which was the most for a center in Eagles history.

Tackle Lane Johnson was named second-team All-Pro, marking the first time he's been named to an All-Pro team since he was a first-team selection in 2017. According to the Eagles website, Johnson allowed no sacks and just one quarterback hit all season.

Johnson also showed his skills as a receiver when he became the first Eagles offensive lineman to catch a touchdown pass since 2010.

Kelce helped lead a dominant Eagles rushing attack, prompting video clips of his efforts downfield to go viral on social media over the course of the season.

Kelce finished the regular season by starting his 129th consecutive games, including the playoffs. He holds the longest active streak among NFL centers.

The rest of the All-Pro selections can be found below: