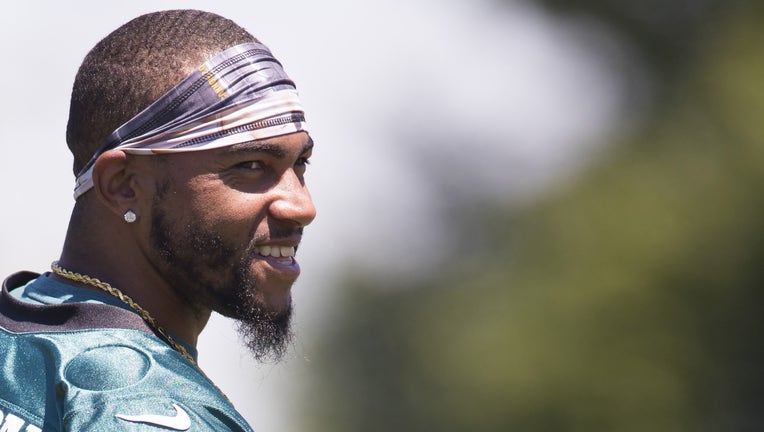 DeSean Jackson #10 of the Philadelphia Eagles smiles during mandatory minicamp at the NovaCare Complex on June 11, 2019 in Philadelphia, Pennsylvania. (Photo by Mitchell Leff/Getty Images)

PHILADELPHIA - The Philadelphia Eagles will be making their way back to the City of Brotherly Love as the team opens training camp Wednesday.

Rookies and veterans will all officially report to the NovaCare Complex before taking the field for their first practice on Thursday.

Expect star quarterback Carson Wentz to see plenty of the field during camp practices this year as the team announced during the offseason that he had “no limitations.” Wentz heads into his fourth season with the Eagles after signing a four-year extension through 2024 earlier in the summer.

Fans will also be seeing another familiar face on the sideline during camp as running back Darren Sproles returns to the team. Sproles, 36, agreed to a one-year deal last week after missing most of the last two seasons with injuries.

The Eagles will play their first preseason game at home on Aug. 8 against the Tennessee Titans. Then they’ll hit the road to play against Super Bowl LII MVP Nick Foles and the Jacksonville Jaguars on Aug. 15.