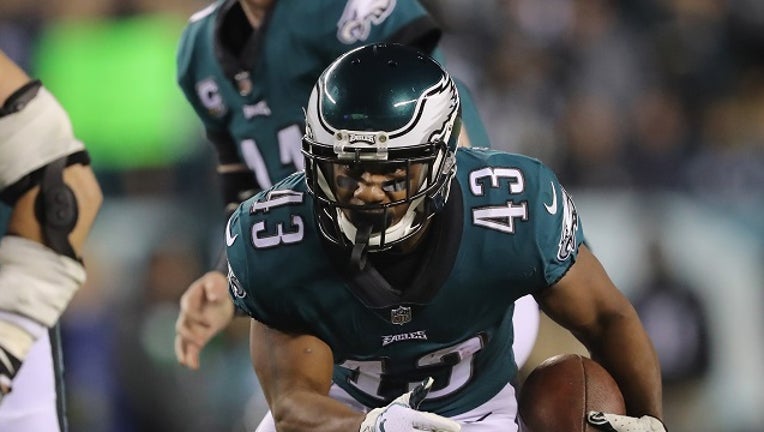 Running back Darren Sproles #43 of the Philadelphia Eagles carries the ball in for a touchdown against the Washington Redskins during the second quarter at Lincoln Financial Field. (Photo by Elsa/Getty Images)

PHILADELPHIA - The Philadelphia Eagles announced Friday that running back Darren Sproles has signed a one-year contract with the team.

“We are excited to bring Darren back. It isn’t very often that you have the opportunity to add a player who has the sixth-most total yards in NFL history," the team said in a statement. "He is the ultimate professional, and a leader on and off the field. He will add another proven talent to our running back room. His dynamic punt return skills are second to none. We can’t wait to get started next week.”

The terms of the deal have not been released.