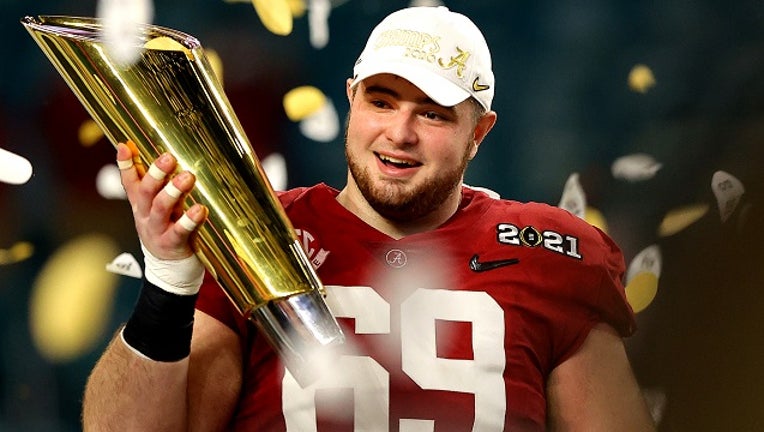 PHILADELPHIA - The Philadelphia Eagles took another Alabama player, selecting offensive lineman Landon Dickerson in the second round of the NFL draft on Friday night.

The Eagles traded up to draft Crimson Tide wide receiver DeVonta Smith at No. 10 overall in the first round. They stayed put to chose Dickerson at No. 37.

Dickerson transferred to Alabama in 2019 and started 13 games, four at right guard, nine at center. He started the first 11 games at center last season before sustaining a knee injury.

Dickerson was projected as late first-round pick before his injury. He provides insurance behind three-time All-Pro center Jason Kelce and depth at the guard sports.

The Eagles have eight more picks, including No. 70 overall in the third round.