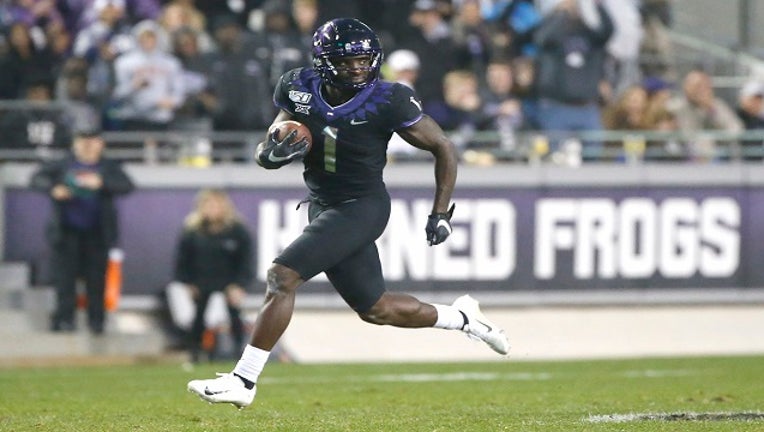 Jalen Reagor #1 of the TCU Horned Frogs returns a punt for a touchdown against the West Virginia Mountaineers in the second half at Amon G. Carter Stadium on November 29, 2019 in Fort Worth, Texas. West Virginia won 20-17. (Photo by Ron Jenkins/Getty

PHILADELPHIA - The Philadelphia Eagles have agreed to terms with their first-round pick Jalen Reagor.

The 21-year-old wide receiver agreed to a four-year deal with a fifth-year team option, the team announced Monday morning. The deal is reportedly worth $13.3 million.

Reagor, a Texas Christian University product, finished his college career with 148 receptions for 2,248 yards and 22 touchdowns.

Reagor is the son of Montae Reagor, a defensive lineman who played nine seasons in the NFL, including seven games with the Eagles in 2007.

All 10 of the team's 2020 draft picks have now been signed. Wide receiver Quez Watkins and offensive tackle Prince Tega Wanogho signed earlier in the offseason.

The following rookies also agreed to terms on Monday: