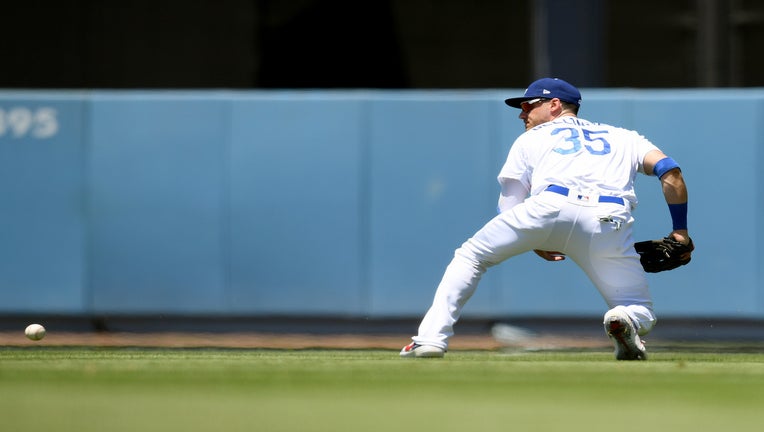 LOS ANGELES (AP) - A woman at Dodger Stadium has been taken to a hospital for precautionary tests after being struck in the head by a foul ball from Los Angeles star Cody Bellinger during the first inning of a game against the Colorado Rockies.

The young woman was sitting four rows from the field down the first base line Sunday, just beyond protective netting that extends to the end of the visiting dugout. She was hit by a sharp line drive by Bellinger, who checked on her between innings. She at first stayed in her seat and was given an ice pack, but she left about 15 minutes later for further attention.

A first-aid person who treated the woman says she was taken to the hospital for precautionary tests but that she was alert and answering questions. The name of the woman was not released.

A woman died last August after being struck in the head by a foul ball at Dodger Stadium.

All 30 major league stadiums expanded protective netting to at least the far ends of the dugouts at the start of the 2018 season after several fans were injured by foul balls two years ago.

Fan safety has received further scrutiny after a young girl was struck by a foul ball in Houston during a game on May 29. The Chicago White Sox and Washington Nationals recently announced that they will extend their netting to the foul poles.