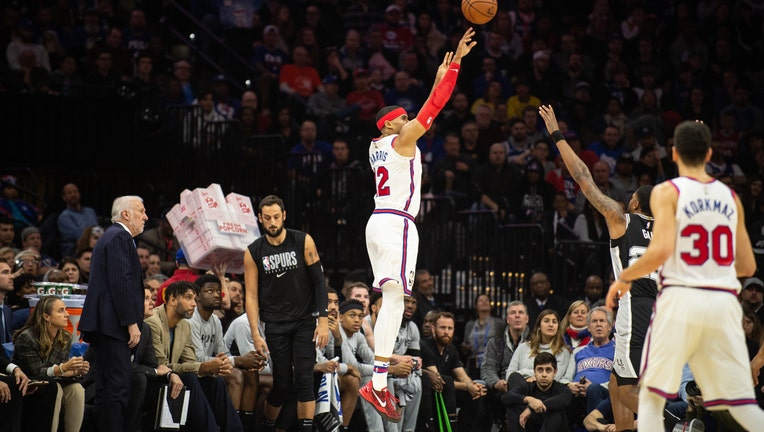 PHILADELPHIA - Tobias Harris scored 26 points, Joel Embiid had 21 points and 14 rebounds, and the Philadelphia 76ers beat San Antonio 115-104 on Friday night to hand the Spurs their eighth straight defeat. The skid is the Spurs' longest under longtime coach Gregg Popovich.

San Antonio last dropped eight in a row in November 1996 under coach Bob Hill. Popovich was the team's general manager at the time. He fired Hill later that season and began his long run of success.

In his 24th season, Popovich has won five NBA titles and gone to the playoffs in 22 straight seasons while compiling a winning record in each of those 22 campaigns. He has spent just 74 days with a losing record over the last 22 seasons.

Prior to the recent slump, Popovich hadn't lost seven consecutive games since Feb. 23 to March 5, 1997.

DeMar DeRozan had 29 points and Rudy Gay scored 22 for the Spurs.

San Antonio trailed most of the way but got within one late in the third quarter before the 76ers pulled away in the fourth.

It was 101-95 with just under six minutes left when Popovich elected to intentionally foul Simmons for the second straight trip down court. A 58% free throw shooter, Simmons missed both attempts the first time but drained both shots on his subsequent trip to the line to put Philadelphia ahead 103-95 with 5:34 remaining.

Furkan Korkmaz hit a 3-pointer from the corner on Philadelphia's next possession and then Harris made a layup to put the 76ers comfortably ahead, 108-97, with 4:24 left.

The pressure has intensified on 76ers coach Brett Brown after the team's early playoff exits the last two seasons and a so-so start to 2019-20. Brown acknowledged as much before the game, saying his job "has been in question since the day I took it."

"Fans don't know crap," Popovich said. "He's one hell of a guy and the most positive guy I've ever known. He's going to work his (butt) off. They are lucky to have him."

Spurs: At the New York Knicks on Saturday night.