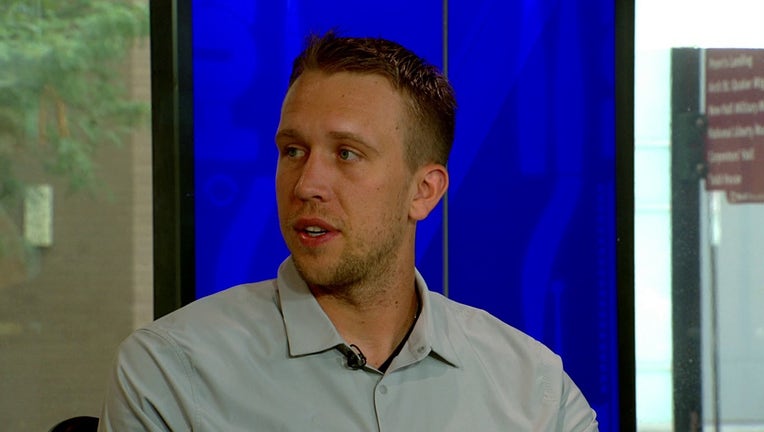 JACKSONVILLE, Fla. - Nick Foles won't get to play against his former team in the preseason.

Jacksonville Jaguars coach Doug Marrone said Tuesday he plans to sit most of his starters, including his quarterback, against Philadelphia this week. Marrone said starters will play in the team's third exhibition game, at Miami next week. But Marrone quickly added that Foles would only get on the field against the Dolphins if Jacksonville's starting offensive line is intact.

"If the third preseason game comes and someone doesn't play, it's probably on the verge of just being cautious," Marrone said.

Marrone rested 31 players, including 20 starters, in the exhibition opener at Baltimore last week. The Jaguars crossed midfield for one play and lost 29-0 .

The decision to withhold so many starters was part of Marrone's "smarter approach" to training camp and the preseason , which came a year after Jacksonville lost a number of key guys - most notably receiver Marqise Lee - to injuries. Lee tore several ligaments in his left knee in the team's third preseason game.

"I think it's important that you play that (third preseason) game because you are presenting and you want to get the players in the right frame of mind," Marrone said.

Foles seemed to sense he wouldn't play against the Eagles.

"It'll mean a lot to see those guys pregame and catch up with a lot of those guys," he said. "They're family to me, always will be. So it'll be good to see a lot of their faces and talk to them, see how they're doing."

Foles led Philadelphia to four playoff victories over the last two seasons, including the franchise's first NFL title since 1960. He earned 2018 Super Bowl MVP honors and made himself the league's premier quarterback commodity. He signed a four-year, $88 million contract with Jacksonville in March that included $50.125 million guaranteed.

The 30-year-old Foles appears to be a significant upgrade for a team that's spent most of the last 15 years searching for a franchise quarterback. He's poised in the pocket, has a strong grasp of the offense and makes nearly every throw on time and into precise spots. He's also taken on a leadership role, arriving early and staying late.

On Tuesday, after struggling to connect on corner routes during red-zone drills, Foles stuck around after practice and worked to perfect those timing passes with receivers Chris Conley and Keelan Cole. He then opted to run sprints by himself back and forth across the field.

Foles has started 44 games in seven NFL seasons with Philadelphia, Kansas City and St. Louis. He has 68 touchdown passes and 33 interceptions.

Rookie Gardner Minshew is expected to start Thursday night against the Eagles. Foles will be watching and helping from the sideline.

"There's a method behind the madness, so we trust that," Foles said. "We're getting those game reps out here (in practice). Obviously, it's not in a stadium, it's not under the lights, and that is a different animal in itself. But we're getting a lot of work, and when we do take the field, when coach decides that, we'll be ready to roll."