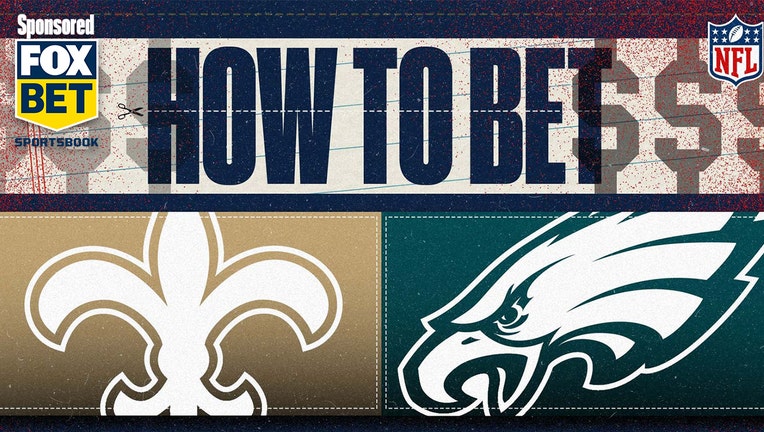 The Philadelphia Eagles are seeking that elusive back-to-back win as they play host to the New Orleans Saints on Sunday.

Here's everything you need to know about the NFL odds on Sunday's matchup between the 5-4 Saints and 4-6 Eagles – the point spread, moneyline, total over/under and pick from our betting expert (with all NFL odds via FOX Bet).

Philadelphia beat the Denver Broncos 30-13 on Nov. 14 and is seeking consecutive wins for the first time since Weeks 7-8 last season (Oct. 22 and Nov. 1).

But FOX Sports' Colin Cowherd said the lack of a vertical passing game will hurt the Eagles against the Saints.

"Jalen Hurts doesn't throw the ball well downfield, and I think he'll struggle," Cowherd said. "He's not going to punish you over the top."

The Saints are coming off a 23-21 loss to the Tennessee Titans, leader of the AFC South Division. New Orleans was penalized for a false start on the potential game-tying two-point conversion with 1 minute, 16 seconds remaining and subsequently failed. The Saints have failed on their past eight two-point conversion attempts.

Cowherd pointed out the Saints were also hurt by a roughing-the-passer penalty that nullified an interception in the end zone, and the Titans went on to score a touchdown on the drive.

The Saints are starting Trevor Siemian at quarterback with starter Jameis Winston out for the season with a knee injury.

The Saints are 5-4 against the spread (ATS).

The Saints have hit the over in the over/under five times in nine games this season.

The Saints are 4-0 ATS this season when the underdog by 1.5 points or more.

The Eagles are 5-5 ATS this season.

The Eagles are 1-0 ATS when favored by 1.5 points or more this season.

The Eagles have gone over in the over/under five times in 10 games this season.

FOX Sports' Colin Cowherd: "Take the Saints. Were it not for a really bad roughing the passer call, they would have beaten the Titans, potentially. They had every opportunity to beat an excellent Tennessee team on the road.

PICK: UNDER 43.5 points scored by both teams combined (via FOX Bet)