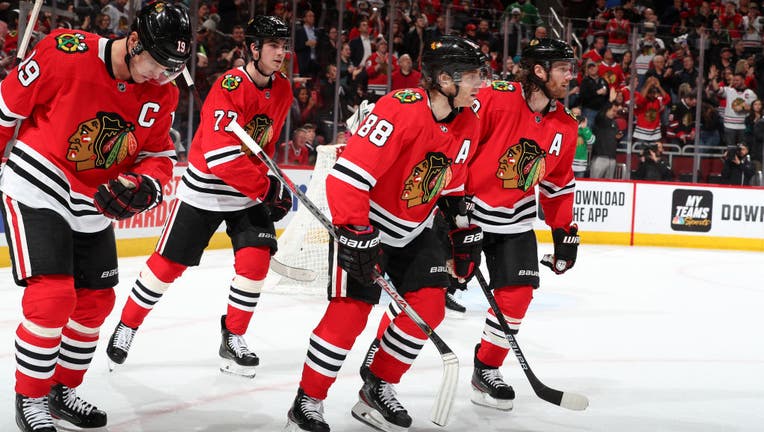 CHICAGO, IL - MARCH 11: Patrick Kane #88 of the Chicago Blackhawks skates with teammates after scoring against the San Jose Sharks in the second period at the United Center on March 11, 2020 in Chicago, Illinois. (Photo by Chase Agnello-Dean/NHLI via

(FOX 9) - The NHL and its Players’ Association reached a return to play agreement that would start formal training camps in one week, the league announced Monday.

The tentative agreement allows for the start of training camps July 13. Then, the teams can travel to their hub cities July 26. Those cities are reportedly Edmonton and Toronto, Canada.

Then, Aug. 1, the puck will drop on the qualifying round of the 24-team playoff tournament. The tournament is scheduled to conclude with the Stanley Cup Finals in October.

The league announced the parameters for training camp and the tournament Monday as well.

Earlier in the day, the NHL announced it tallied 23 postive COVID-19 tests during the most recent round of player testing.

In addition to the return to play plan, the league and the Players’ Association agreed on a four-year extension to the league’s collective bargaining agreement.

The NHL’s Board of Governors will now have to approve both the return to play plan and the CBA extension. That vote will be followed by the NHLPA Executive Board and all its player membership.