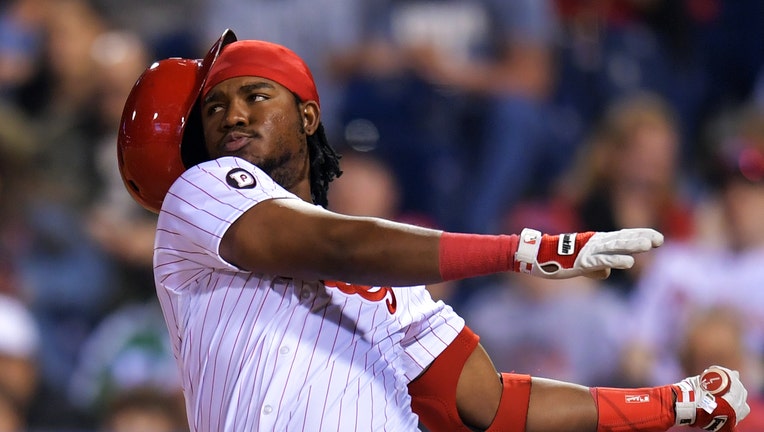 PHILADELPHIA, PA - APRIL 12: Maikel Franco #7 of the Philadelphia Phillies swings out of his helmet in the ninth inning against the New York Mets at Citizens Bank Park on April 12, 2017 in Philadelphia, Pennsylvania. The Mets won 5-4. (Photo by Drew

PHILADELPHIA - Second baseman César Hernández and third baseman Maikel Franco became free agents when the Phillies did not offer them contracts on Monday.