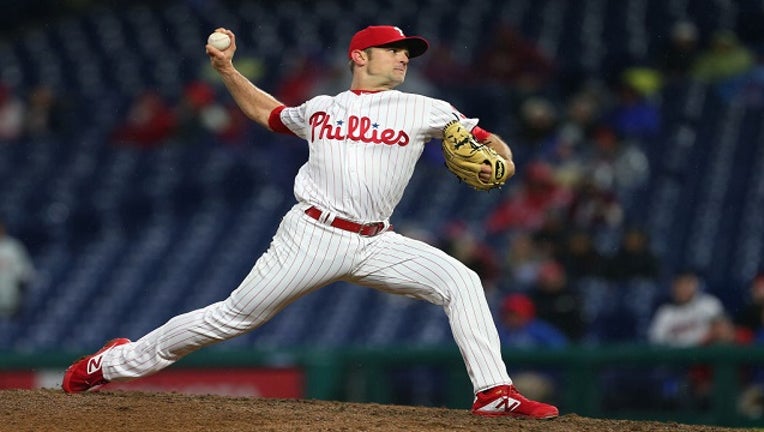 David Robertson #30 of the Philadelphia Phillies in action against the Minnesota Twins during a game at Citizens Bank Park on April 5, 2019 in Philadelphia, Pennsylvania. The Phillies defeated the Twins 10-4. (Photo by Rich Schultz/Getty Images)

PHILADELPHIA - Phillies pitcher David Robertson is out for the rest of the season. The veteran player will have surgery to repair a flexor tendon, possibly the UCL as well.

FOX 29's Kristen Rodgers reports Robertson has never had elbow or arm injuries in his entire career until now.

He says he took six weeks off to rest, felt good, but needs the surgery, according to Rodgers.