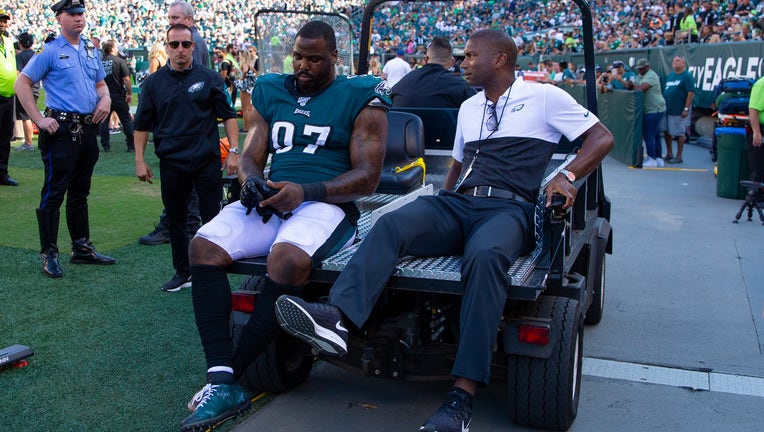 Malik Jackson #97 of the Philadelphia Eagles is carted off into the locker room in the fourth quarter against the Washington Redskins at Lincoln Financial Field on September 8, 2019 in Philadelphia, Pennsylvania. The Eagles defeated the Redskins 32-2

PHILADELPHIA - The Philadelphia Eagles are expected to be without one of their biggest offseason additions for the remainder of the season.

According to reports, defensive tackle Malik Jackson suffered a Lisfranc injury on Sunday against the Washington Redskins.

Jackson will reportedly have surgery on his foot next week.

Jackson was signed to a three-year, $30 million contract this offseason. Aside from Jackson, the Eagles still have veteran defensive tackles Fletcher Cox, Tim Jernigan, and Hassan Ridgeway on their active roster.