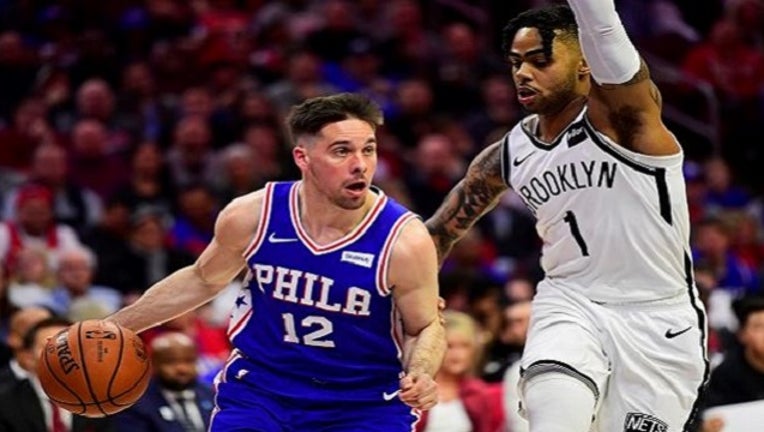 T.J. McConnell #12 of the Philadelphia 76ers dribbles against D'Angelo Russell #1 of the Brooklyn Nets during the fourth quarter at the Wells Fargo Center on March 28, 2019 in Philadelphia, Pennsylvania. The 76ers defeated the Nets 123-110.

PHILADELPHIA - Free agent T.J. McConnell has agreed to a deal with the Indiana Pacers a league source tells ESPN, according to reports.

ESPN’s Adrian Wojnarowski reports that the deal is for two years for $7 million.

McConnell has played his way into the hearts of 76ers fans over the last several seasons. He was originally signed with the 76ers in September 2015, following a four-year collegiate career at Duquesne and Arizona.